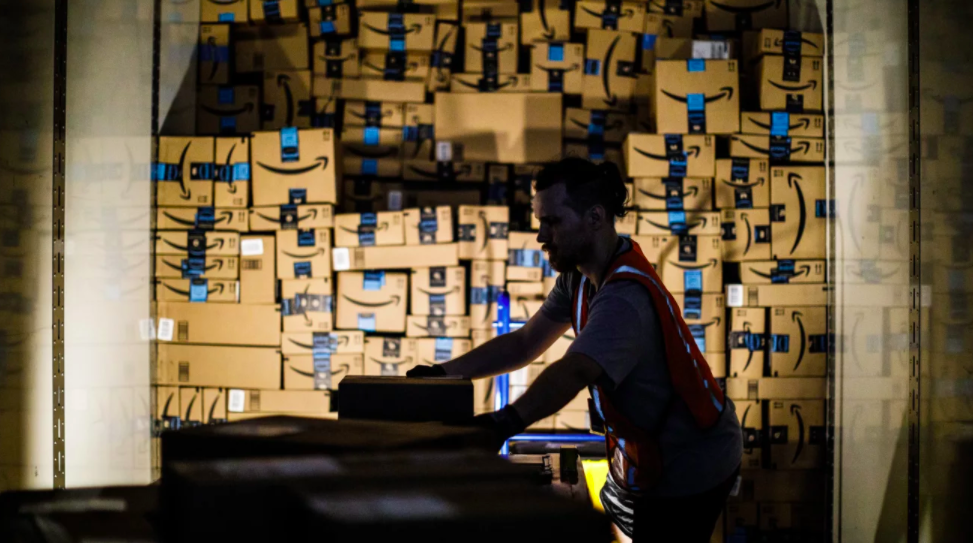 The Friday Five: Amazon catches up on parcel shipping market

Perpetual peak season marches on. And what a week it has been! Between last week’s announcement by the Biden administration that US supply chain operations will start running 24/7 and the chaos at Long Beach and, by extension, supply chain woes making headlines worldwide, here’s this week's curated selection of particularly eye-catching logistics news! Let’s get started.

While logistics may not be Amazon’s claim to fame, the company’s market share for parcel deliveries jumped to 21% in 2020 - more than FedEx. Although the pandemic drove demand for e-commerce, Amazon has seen more growth than UPS, FedEx, and the US Postal Service, according to Pitney Bowes. The rise is made further exceptional because Amazon had zero market share in 2014. Since then, the company has built its own infrastructure and logistics network. Worth noting is that Amazon’s parcel shipping still heavily relies on other shippers for the last mile.
‍

Zero-emissions goals have been particularly prominent in the past few weeks’ news cycle. The decarbonization-by-mid-millennium hype has now reached shipping. This week major retailers such as Amazon, IKEA, Unilever, Michelin, and Patagonia announced their aim for zero-carbon marine fuels by 2040. The pledge stems from an initiative organized by the non-profit organization Aspen Institute. Nine organizations have signed so far. The announcement was met with criticism from environmental groups in the Ship It Zero coalition, saying it was “historic, but weak.”
‍

The Danish shipper has the ambition to offer a one-stop-shop for shippers to book cargo door-to-door, arguing it would be more efficient and increase visibility, in addition to improving the company’s reliability in today’s “extraordinary market.” Currently, forwarders such as Kuehne + Nagel offer the majority of cargo mixes for carriers, writes Nick Savvides. James Hookhamn of the Global Shipper’s Forum (GSF) goes on to comment on the move by highlighting the fact that BCOs always could go straight to carriers but prefer more personalized service, and those smaller shippers could risk getting left behind if Maersk offers door-to-door pricing, saying “the writing’s been on the wall for some time.”
‍

A test run of an electronic cargo tracking system (ECTS) based on blockchain technology has been launched in the Inland Container Depot of the Tughlakabad Import Commissionerate in Delhi. The project aims to boost visibility and secure documentation with containers being tracked by GPS. If successful, a broader launch of ECTS across India may be in the works. The test run is being done with liquor, with stakeholders showing interest as the technology eases documentation and management.
‍

South Carolina Port’s COO Barbara Melvin is set to become the port’s CEO and president next summer. This makes Melvin the first woman to lead a top-10 US container port. The promotion was announced during current CEO Jim Newsome’s annual State of the Port address. Newsome was at the helm for 13 years. “I am grateful and I am ready. With the guidance of our board, the skill and talent of our team, the solid experience within our maritime community, and the support of elected, business and community leaders, SC Ports will achieve enhanced growth benefiting the state, region and nation,” Melvin said.

In case you missed it, be sure to check out last week's Friday Five where we discussed Harry Potter inventory shortages. If you want to learn more about how Logistics Orchestration® by Slync.io can help you navigate perpetual peak season, reach out to schedule a consultation.