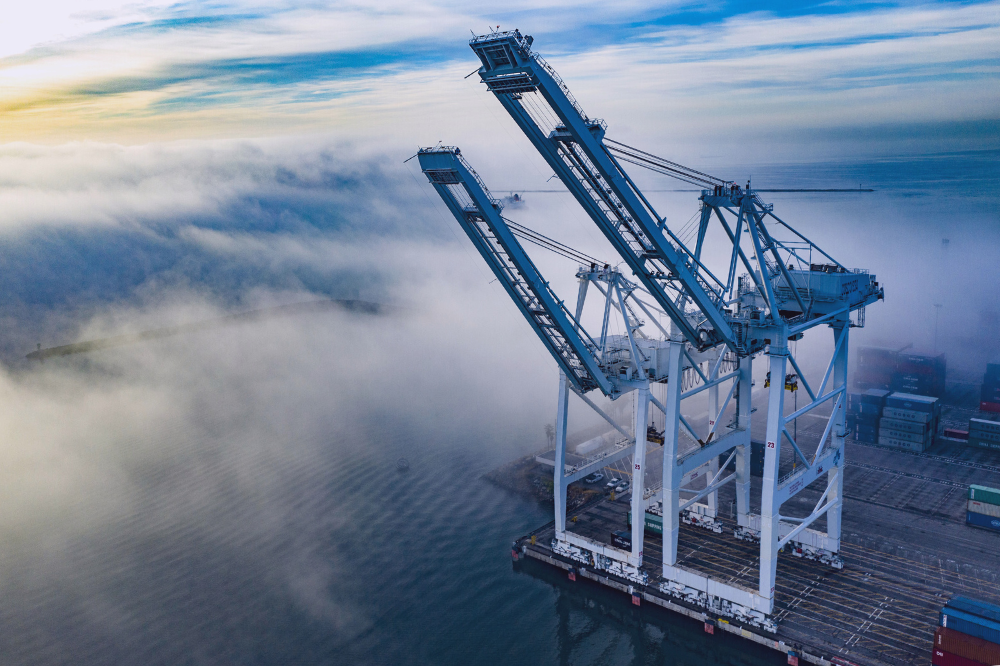 The Friday Five: Boo! Carriers must move 60K containers out of LA/LB by Halloween

In this week's Friday Five, it’s a spooky Halloween for carriers as they must move 60K containers by October 31 or pay up. Plus, some supply chain predictions for 2022, inland port relief thanks to Utah, and Amazon's continued streak of self-reliance. Here we go!

It’s getting very scary out there! Penalties for containers marked beyond their dwell time will go into effect for some California ports if carriers do not move them out by October 31. There are currently 33,000 loaded containers in Port of Los Angeles and 27,000 in the Port of Long Beach totaling over $2.6B in trade value.

As ghoulish as the extra $100 per container dwell charges may be, early reports indicate they are not improving port congestion in California which continues to be a chokehold in the ongoing supply chain chaos. I don’t know about you, but I find that pretty terrifying.

Facing the grim reality that if your holiday gifts are not already on the water, they are unlikely to make it under the tree this year. As the entire supply chain ecosystem is pointing fingers and placing blame, the chaos is continuing without any glimmer of hope for when operations will start to normalize.

Looking past this holiday season, one ocean freight expert believes more regulations are on the horizon for 2022 as governments attempt to speed up the movement of freight, but could also dampen some organizations participation in some markets.

“There are no easy answers. The most promising path could be finding a way to incentivize key supply chain stakeholders to change. New regulation might involve tightening some areas of liability between parties, but won’t govern capacity, equipment or inventory,” said Corey Bertsch, VP Solutions at Slync.io, “But there’s also a chance that the introduction of new mandates could lead to resistance or even force some businesses to stop operating within certain markets altogether.”

Read the full article to learn where Corey Bertsch thinks we may start to see regulations next year.

As inventory is stuck at port or on the water, U.S. shippers and retailers are taking some drastic measures to get product on the shelves and to key distribution networks.

Retailers and vendors of retail goods are trying multiple strategies to cope, with some limiting their sales to the best-selling goods, some pre-buying and stockpiling, and some changing or refining their use of multiple distribution channels.

The US Census Bureau reported a near $55B gap between retail inventories and sales in August. While retail inventories climbed 2.3 percent in August year over year, they were still down 9.2 percent when compared to August 2019 putting more pressure on shippers to get back to pre-pandemic levels of retail stock.

The Port of Long Beach finds a creative solution to help reduce backlogs and container dwell times with a four-year partnership with the state of Utah. The intent of the new inland port strategy is to push cargo faster out of the port reducing the congestion that continues to bottleneck supply chains.

Containers headed for the Mountain West region normally slated for truck transport are now being put on Union Pacific trains in Long Beach and moved to an intermodal facility in Salt Lake City via rail. Once in Utah, the port will dispatch by truck or rail to other destinations or distribution centers.

On Monday, Amazon, the world’s largest online retailer, outlined in a corporate blog their plans for self-reliance to get product to customers this holiday season.  It’s not planes, trains and automobiles, but it’s close.

On top of the plans for 150,000 seasonal workers to help with the holiday surge, Amazon is ramping up planes, warehouses and drivers to ease public fears about a bah humbug holiday shopping season caused by the ongoing supply chain crisis.

Amazon can rely on over 260,000 drivers worldwide as a result of their startup-in-a-box Delivery Service Partners in addition to the hundreds of thousands of Amazon Flex drivers who use their own cars to make deliveries for the e-commerce giant.

In case you missed it, be sure to check out last week's Friday Five where we explore Amazon's dominant parcel streak. If you want to learn more about how Logistics Orchestration® by Slync.io can help you navigate perpetual peak season, reach out to schedule a consultation.