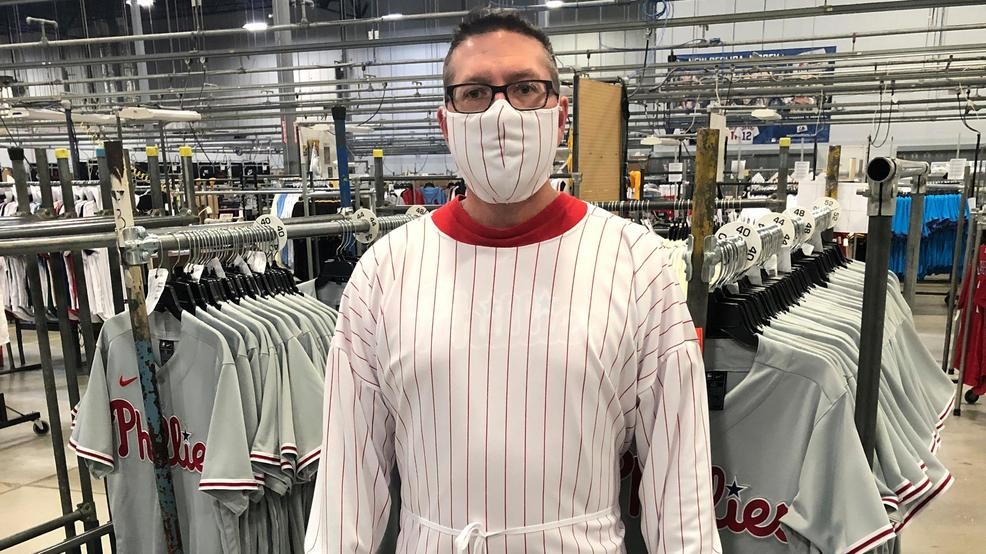 The Friday Five: Fanatics to pitch in on protective gear

Fanatics to Pitch in on Protective Gear [CNBC]

We have to admit, it’s been a long week without any sports. Good news, sports apparel company Fanatics is making the best of it and is now producing masks and gowns instead of baseball jerseys at its 360,000-square-foot factory in Easton, Pa. The company is one of a growing number of clothing companies and fashion houses turning their talents to making or sourcing protective gear for health care workers during the pandemic. Fanatics says the masks and gowns will be made using the same jersey material that players wear on the field. The first items made will come from Yankees and Phillies fabric but will expand to include fabrics from other teams. Fanatics plans to produce 1 million plus of these items and split manufacturing costs with MLB.

Fanatics and MLB aren’t the only ones stepping up to the plate.

Bauer hockey, an equipment maker in New Hampshire, announced on Wednesday it will repurpose its facilities to make face shields so medical professionals battling COVID-19 can safely continue to help those most vulnerable.
‍

The difficulty in fulfilling cargo contracts amid an increasingly chaotic supply chain and a spreading pandemic is driving forwarders to drastic steps to limit their liability. Ceva Logistics declared force majeure Thursday. This means that it is “temporarily relieved of its normal contractual obligations where these are rendered impossible or impracticable, due to the Coronavirus epidemic and its effects," reads the company's announcement.

Ceva's declaration describes possible broad-based changes to service agreements including "any previously agreed rates and prices," and mentions possible additional surcharges. "Please rest assured that this step has only been taken due to the exceptional circumstances in which CEVA Logistics is currently operating," said the carrier's statement.

The company's force majeure declaration "applies to all CEVA Services, including (but not limited to) its Air Freight, Ocean Freight, Ground Freight, Rail, Customs brokerage and Contract Logistics services," it said.
‍

The US Postal Service has seen a significant drop in mail volume because of the coronavirus outbreak and could close by summer's end if it doesn't get emergency funding from the government, according to a statement from Reps. Carolyn Maloney, D-N.Y., and Gerry Connolly, D-Va. They have introduced a bill to give $25 billion in emergency funding, saying, "The Postal Service needs America's help, and we must answer this call."

Meanwhile,  Fifty-one USPS employees had tested positive for COVID-19 as of Wednesday, and 2,000 of its roughly 500,000 employees are in quarantine.

A shutdown would be chaotic for Amazon, which heavily depends on the USPS to deliver its packages. The Postal Service makes up a large percentage of deliveries in rural areas, where Amazon has not invested in its own so-called last-mile network. The retail giant has been "cherry picking" America's densest ZIP codes and leaving areas where homes are more spread out — and more expensive to service — to the USPS.
‍

Workers at the Port of New York and New Jersey handled 53,000 containers last week and expect to continue the momentum this week to keep goods moving throughout the Northeast, according to port officials.

Officials also said the port is taking steps to keep the supply chain healthy amid the challenges, including conducting "hospital-grade" cleaning and disinfecting and implementing new procedures that limit face-to-face interaction between truckers, clerks, vessel crew, and others working to deliver critical cargo to customers throughout the Northeast and beyond.

Meanwhile, Georgia's Port of Savannah is maintaining regular vessel operations, terminal service and weekday truck gate hours. Officials also reported the port's busiest February on record while noting that March volumes are expected to dip due to the impact of Covid-19. The port handled 364,405 twenty-foot-equivalent units (TEUs) in February, a 17% increase over the year-ago period.
‍

Just Born, the candy company that makes Peeps (among other treats), announced Tuesday that it would temporarily be suspending production at its factories in Philadelphia and Bethlehem, Pennsylvania, due to the “rapidly evolving COVID-19 situation” through April 7. The statement was released with less than three weeks to go until Easter, arguably the biggest day of the year for the sugar-coated marshmallows.

Just Born has been making Peeps since 1953, after taking over the Rodda Candy Company in Lancaster. On average, 5.5 million Peeps are produced daily, yielding a total of 2 billion Peeps per year across all seasons, a representative for the brand told TODAY.

Not to worry. According to the company’s website, all of their “PEEPS® have been produced and shipped to retailers for this upcoming Easter season.”

Stay safe out there! Thanks for reading! Don’t forget to check out last week’s news and stay tuned for our next Friday Five roundup!