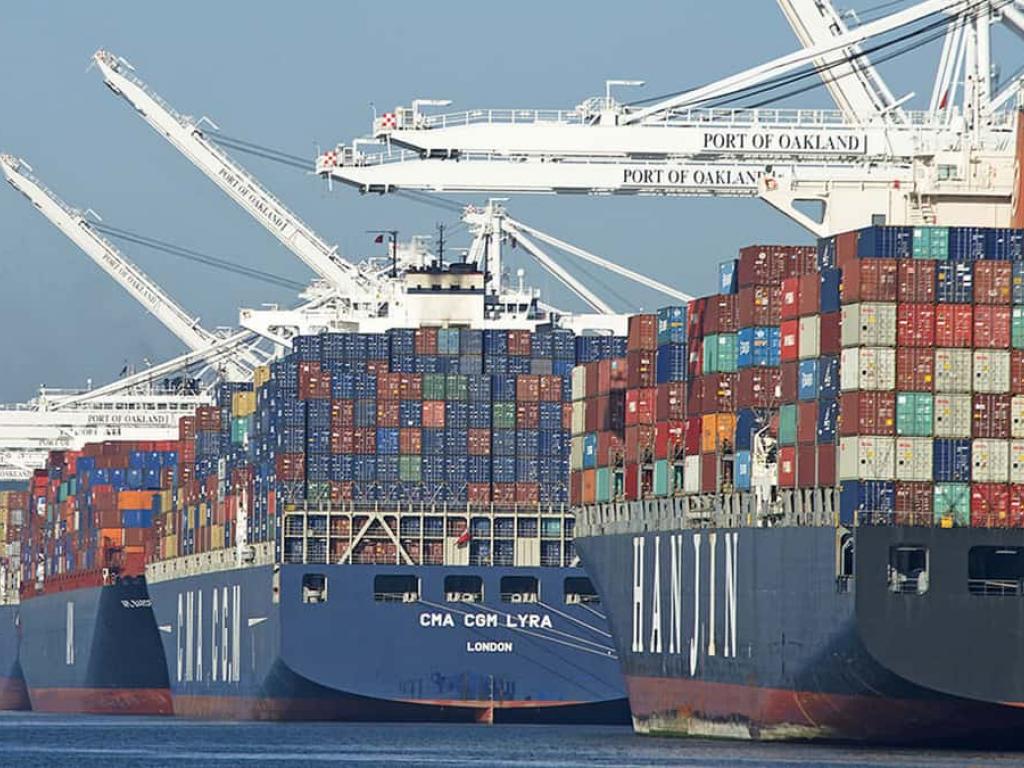 On Tuesday, US federal maritime regulators announced they are upping their monitoring requirements of the top three major global shipping alliances. Citing market fluctuations, the FMC now requires them to provide carrier-specific trade data about the trans-Pacific trans-Atlantic trades monthly rather than quarterly.

“The three major global carrier alliances are the top (regulatory) priority and receive the highest scrutiny,” the agency said.

Alliances allow carriers to mitigate overcapacity by sharing vessels, but US regulators restrict them to market or sell services jointly. Alliances compete with each other, as do carriers within an alliance.
‍

According to the analyst firm SeaIntelligence, it estimates container lines will make a combined $14 billion operating profit (EBIT) in 2020, the most robust result in eight years.  The 2020 operating profit is a significant improvement over last year, 2019, where the industry's operating profit came to $5.9 billion.

Most recently, French container line CMA CGM on Friday reported an operating profit of USD 1.7 billion for the third quarter, an improvement of USD 700 million compared to the third quarter of 2019.

South Korea’s breakneck pace for home delivery is killing its drivers. Some 15 delivery drivers have died in the country this year; a toll that has come as surging demand for online order fulfillment has put unprecedented strains on the country’s drivers.

The pandemic-fueled shift to online buying has put delivery workers under pressure around the world. Orders have surged 50% in Europe, 70% in Asia-Pacific, and 120% in North America year-over-year, and drivers have rebelled against working conditions in several countries.

A labor group says the typical South Korean delivery driver works between 13 hours and 16 hours a day without overtime pay or compensation for loading trucks. South Korea has sought to give most workers more rest by lowering the maximum workweek to 52 hours. But delivery drivers are exempt because they are independent contractors.
‍

On Monday, Diageo announced it intends to produce net-zero carbon emissions by 2030 as part of its new 10-year sustainability plan, "Society 2030: Spirit of Progress."

The new goals come after Johnnie Walker, Smirnoff, and Guinness’s maker reached its existing plans to cut emissions from its direct operations by 50% by 2020 from a 2007 baseline and reduce supply chain emissions by 30% in the same timeframe. According to Diageo's Scottish distilleries, Oban and Royal Lochnagar will reach carbon neutrality by the end of 2020, followed by its India operations in 2025, followed by the entire operation in 2030 the company.

Other goals include working with suppliers to use 30% less water. The company also pledged to reach 100% widely recyclable or reusable/compostable packaging (currently at 99.5%) and 100% recycled content in plastic packaging (presently at 45%) by 2030.
‍

On Tuesday, McCormick & Co. said it reached a deal with L Catterton, the private-equity firm that has owned Cholula since 2019, to pay $800 million for the brand. The company is seeking to capitalize on record demand for spicy condiments.

Cholula, with its distinctive wooden cap, is made with a blend of peppers and vinegar. It was named after a city in Mexico and introduced in the U.S. in 1989.

McCormick & Co., founded in 1889, is based in Hunt Valley, Maryland, and has a market value of around $24 billion. It already owns another popular hot sauce, Frank’s RedHot, acquired in 2017, best known for its buffalo-wing sauce.