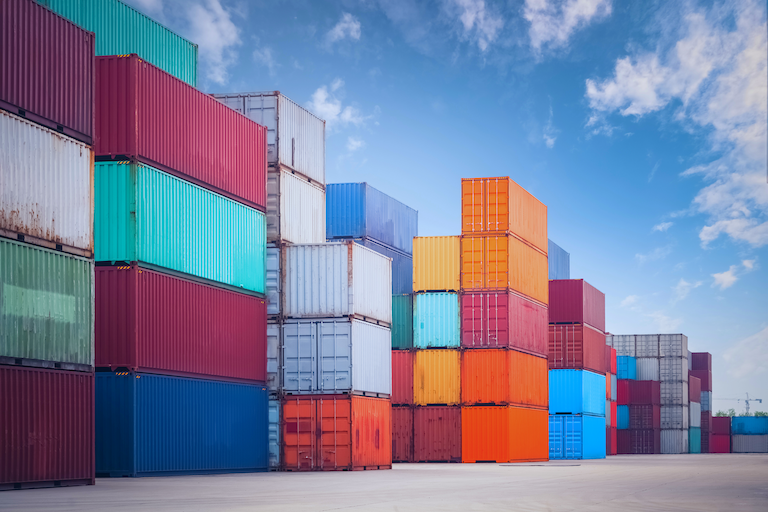 Containerization was revolutionary at the time and led to a significant reduction in the cost of freight transportation by eliminating the need for repeated handling of individual pieces of cargo, improved reliability, reduced cargo theft, and also cut inventory costs by shortening transit time.

In 1956, most cargoes were loaded and unloaded by hand by longshoremen. Hand-loading a ship cost $5.86 a ton at that time. Using containers, it cost only 16 cents a ton to load a ship, a 36-fold savings.

Today, according to the United Nations Conference on Trade and Development, container ships are responsible for moving an estimated 45% of total global trade.

Despite its challenges over the years, ocean shipping continues to remain the mode of choice for wholesalers. Container lines ordered more than 70 ships in March 2021 alone, equal to 12.8% of the world’s current fleet, according to data from IHS Markit, parent company of JOC.com.

DSV is pushing to expand market share in a highly fragmented global freight-forwarding industry. The company is moving up the ranks with its third competitive acquisition in five years, after purchasing U.S.-based UTi Worldwide in 2016 and Panalpina in 2019.

With an enterprise value of $4.2 billion, DSV Panalpina AS plans to buy Global Integrated Logistics (GIL), the logistics division of Agility Public Warehousing Co., in an all-share deal that would vault Denmark-based DSV into the top three global freight-forwarding companies. The deal is expected to close in Q3 of this year.

The transaction would give Agility an approximately 8% stake in DSV, making it the company’s second-largest shareholder. The deal would increase DSV’s annual revenue by an estimated 23%, to approximately $23 billion, the company said Tuesday.
‍

The shipping industry is seeing the biggest spike in lost containers since 2013, when the MOL Comfort broke in two and sank with its entire cargo of 4,293 containers into the Indian Ocean. The Northern Pacific ocean is also experiencing its strongest winds since 1948, which has increased the likelihood of rougher seas and bigger waves. More than 3,000 boxes dropped into the sea last year, and more than 1,000 have already fallen overboard so far in 2021.

In November, gale-force winds and large waves hammered One Apus, causing the loss of more than 1,800 containers. At an average of $50,000 per box, the One Apus was estimated to have lost $90 million in cargo alone. The incident was the worst since 2013 in seven years.

In January this year, the Maersk Essen lost about 750 boxes while sailing from Xiamen, China, to Los Angeles. A month later, 260 containers fell off the Maersk Eindhoven when it lost power in heavy seas. Losses so far this year have totaled an estimated $54.5 million, Bloomberg data shows.

Believe it or not, it’s already the end of April. And it’s time once again for Inbound Logistics’ annual listing of the Top 100 Logistics IT Providers.

Editors at Inbound Logistics were tasked with narrowing down the more than 400 nominees using questionnaires, personal interviews, and other research. All of the companies selected were recognized for their leadership in scalability, simplicity, fast ROI, and ease of implementation of their respective logistics technology solutions.

In case you didn’t hear, Slync.io made its debut on this list this year.

Slync’s Matt Gunn sat down with Emily Cook, host and producer of The Supply Chain Podcast, to discuss digitally transforming the supply chain.

Honing in on an often overlooked principle in the race to digitalization, Matt points out that the context for too many multi-million digital transformation initiatives is missing. What are you changing—the process, the way people work, the technologies? And why are you doing it? This is an especially important question that LSPs and supply chain organizations need to answer since embarking on a transformation journey is analogous to building a plane while it is 30,000 feet up in the air.

The best possible answer? It—whatever it is—has to help your people do their job better.

Take a listen to start your weekend off right.