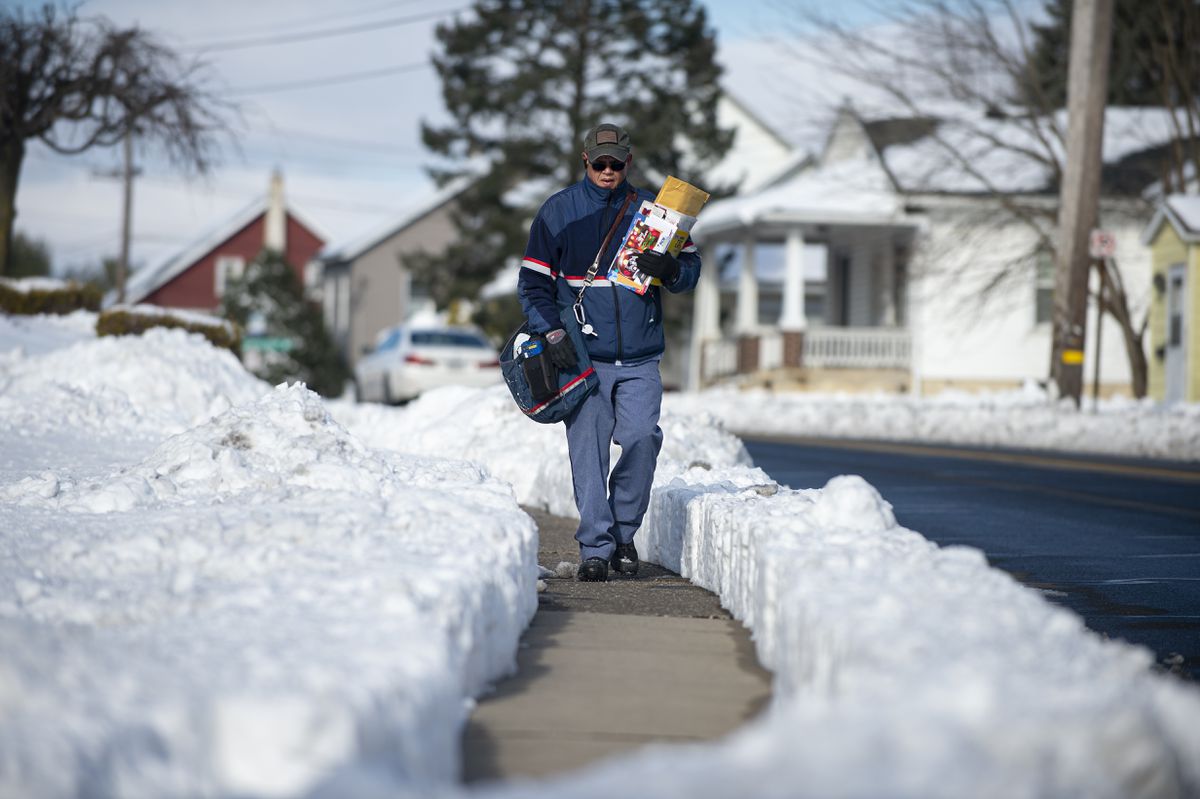 The perfect trifecta. A historic boom in e-commerce, combined with holiday demand and a big NorEaster, has wholly overwhelmed the U.S. shipping system.

An estimated 6 million packages a day are piling up in retailers' warehouses or shipping centers and awaiting pick-up by FedEx, UPS, Amazon, the U.S. Postal Service, and other shippers. Another 3.5 million packages are being picked up daily but not reaching their destinations on time, the latest shipping data from ShipMatrix showed.

E-commerce sales are expected to reach $189 billion in November and December, according to research by Adobe Analytics, up 33 percent compared with the same period a year ago.

Inundated with parcels, on-time delivery rates for the USPS have dropped to just over 86% in the third week of December, down 7% three weeks ago.

Both FedEx and UPS have declined to officially disclose how many packages are delayed in transit. Still, a FedEx spokesperson reassured that the company's role in distributing the Pfizer-BioNTech vaccine is not affecting regular shipments, as they are using a separate fleet of trucks and airplanes for that effort.
‍

British Ports Are Struggling Under a Crush of Containers [WSJ]

IKEA and Honda are among the prominent companies hit as a flood of pre-Brexit business floods major U.K. gateways. The slowdowns are triggered in part by preparations for Britain’s divorce from the European Union at the end of the year.  The biggest worries are focused on the U.K.’s Port of Felixstowe, the country’s main ocean-trade gateway and a site that has been troubled by operational problems over the past year. Some shipping lines have shifted business to other sites, such as Liverpool, throwing new wrenches in shipper supply chains that are already stressed.

The unusually strong seasonal rush is also hitting businesses as Western retailers stock up, causing significant congestion at major gateways worldwide. A scramble among Western retailers to restock goods has clogged distribution channels in Asia, Europe, and North America. Gateways including Los Angeles, Shanghai, and Ningbo-Zhoushan in China, Belgium’s Antwerp, Sri Lanka’s Colombo, and Auckland in New Zealand have all been handling record container volumes since the end of the summer, and shipping rates on major trade lanes have been skyrocketing.
‍

Over concerns that automobiles will face higher tariffs in the absence of a post-Brexit trade deal, Nissan Motor has decided against manufacturing its newest EV in the U.K. for sale in the European Union.

Under a no-deal Brexit, British auto exports to the EU would face a 10% tariff. Whereas, Japanese-made autos would face only a 7.5% import tariff under an economic partnership agreement Tokyo signed with the EU.

Therefore, Nissan has opted to ship the vehicles from Japan and manufacture them at its assembly plant in Tochigi Prefecture, just north of Tokyo.

On Monday, software provider SolarWinds announced that some of its customers unknowingly installed malware this spring through seemingly routine updates to a network-management tool. The updates included a weak point created by cyber attackers that could have exposed nearly 18,000 of its 300,000 customers. These customers include the Commerce, Treasury, and Homeland Security departments of the U.S. Government.

Russia’s foreign intelligence service is thought to be behind the attack, but the Russian Embassy in Washington has denied those claims. The U.S. government has increasingly warned of such supply-chain attacks in recent years after a string of high-profile incidents triggered significant financial and legal damage.  Most notably, Russian attackers used an update to Ukrainian tax software when launching the NotPetya attack in 2017, costing billions globally.
‍

The Port of Los Angeles is pulling containers with toy shipments out for expediting from its massively congested operations to keep them moving for the holidays.

On Tuesday, the port announced that imports spiked 25% during the month of November. The surge in volume creates congestion, making it harder for trucks and trains to quickly whisk containers away, creating a chain reaction and slowing down inbound ships.

In November, 50 of the 88 vessels coming to the Port of Los Angeles waited on anchor for 2.5 days before being unloaded. In December, about 80% of arriving vessels are anchored for an average of four days so far…