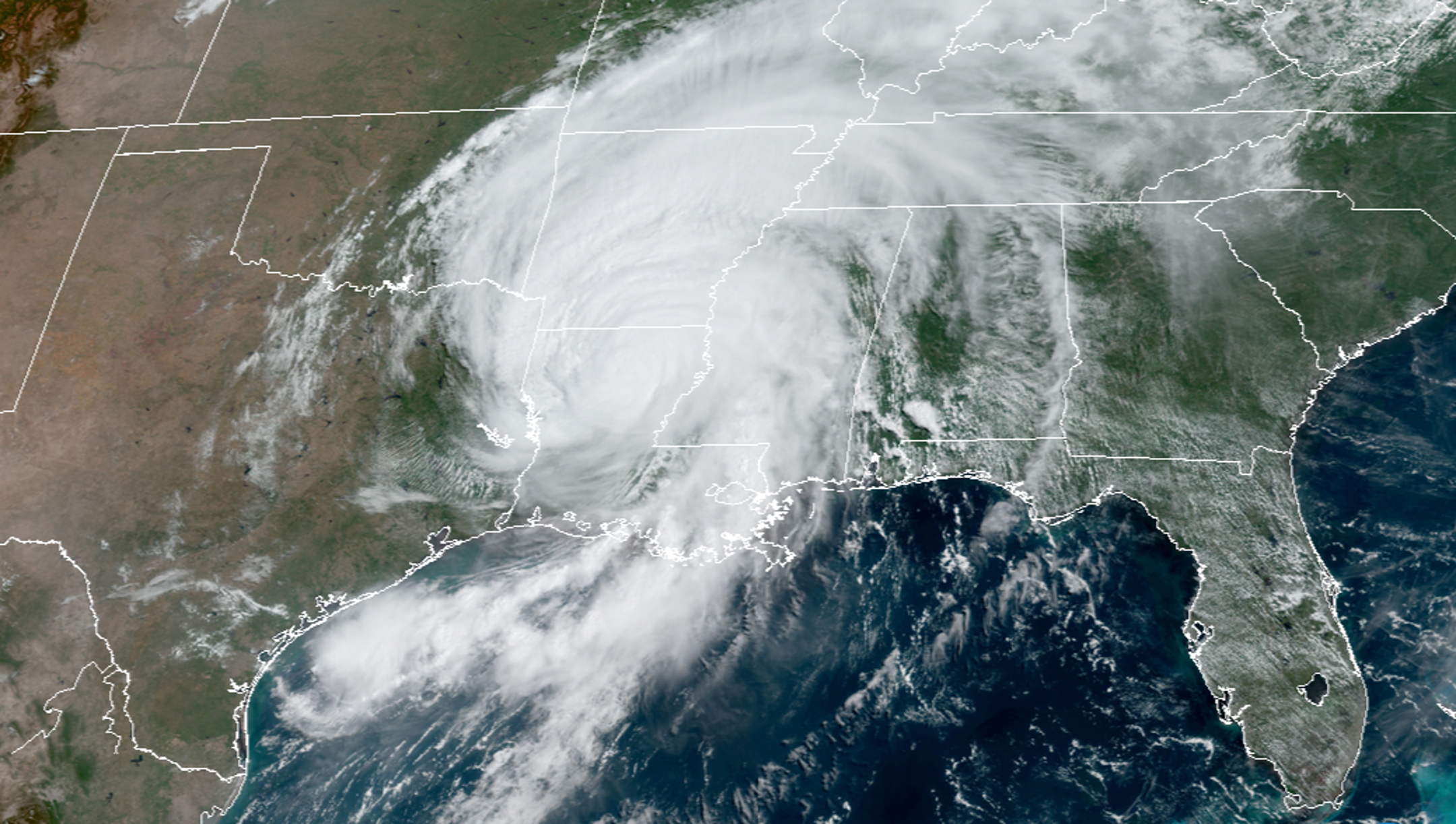 After Hurricane Laura slammed parts of the U.S. Gulf Coast early Thursday, the Ports in Houston and New Orleans resumed operations on Friday.

According to the National Hurricane Center, Hurricane Laura made landfall in southwestern Louisiana with wind speeds of around 150 miles an hour. More than 750,000 customers have no electricity across Louisiana, Texas and Arkansas, with 500,000 in Louisiana alone.

Many truck drivers are rerouting due to wide-spread flooding and road closures. Kathy Fulton, executive director of the American Logistics Aid Network, warned that a tight trucking market may make it difficult for organizations to find capacity and deliver needed supplies.
‍
Among the three biggest truck stop chains — Love’s, TA and Pilot — a total of 11 truck stops were reported to be out of power. Causing further disruptions as without power, truck stops and other retail fuel outlets cannot operate the pumps.

Union Pacific railroad said Friday it is still clearing away storm-related debris from several of its track lines through southern Louisiana. Norfolk Southern said in a statement Thursday that it was already returning railcars to its Oliver Yard and Chalmettle Branch. And, CSX reported minimal damages.

On the brighter side, America’s Energy Corridor Narrowly Averts a Direct Hit. Luckily the hurricane’s eye stayed farther east of more than 10% of U.S. refining capacity clustered near the Texas-Louisiana border. Hurricane Laura may lead to only one significant extended closure in the refining sector, much better than anticipated, with most refineries already coming back online.

Late Tuesday, in a statement made to the Hong Kong stock exchange, Cosco Shipping announced its selling part of its ownership stake in China International Marine Containers (CIMC). Cosco’s current stake of 22.7% will drop to 4.7% after the share sale. The sale should raise upwards of $1 Billion for the company to use to boost its container manufacturing arm. CIMC’s largest shareholder will set to shift to property conglomerate China Merchants Group.

The proposed deal does include caveats with further talks for Cosco to sell all remaining shareholding.

CIMC reported a first half-loss of 183 million RMB on Thursday, compared with a 679.8 million RMB net profit last year. A disruption to its container manufacturing business caused by the coronavirus pandemic, which saw sales of dry containers fall 37.5 percent to 358,300 TEU in the first half was partly to blame.
‍

From ‘Freezer Farms’ to Jets, Logistics Operators Prepare for a Covid-19 Vaccine [WSJ]

Logistics providers are gearing up for the rapid delivery of millions of doses of potential coronavirus vaccines around the world.

The federal government has tapped drug wholesaler McKesson Corp. to manage distribution of coronavirus vaccines to hospitals, clinics and other sites in the U.S. that would administer the shots.

To aid in the distribution, UPS is creating freezer farms near their global air hubs, lining up rows of freezer units, packed together for vaccines requiring minus 80 degrees Celsius in Louisville, Ky., and Venlo in the Netherlands. Each freezer unit can hold up to 48,000 vials of vaccines, can be dialed down to minus 85 degrees and up to minus 20 degrees if temperature requirements for vaccines change.

The distribution operation of vaccines will be an orchestration —taking drugs from random manufacturing sites to specific medical teams via warehouses, cargo terminals, airports and final storage points, in between, all in a matter of days. To top it all off, if distribution begins during November or December, during peak holiday shipping season, companies will be shipping the drugs when cargo space is at a premium.
‍

On Friday, Amazon announced it had said it had ordered 1,800 electric vans in total from Mercedes-Benz for its European delivery fleet. The company ordered 1,200 of Mercedes-Benz’s larger eSprinter models and 600 of the midsize eVitos as part of its plans to run a carbon neutral business by 2040.

A majority will go into service this year. This is the largest order for Mercedes-Benz’s electric vehicles to date.

Amazon placed a larger order of 100,000 electric delivery vans from Rivian Automotive LLC, a startup it has invested in earlier.

Amazon Chief Executive Jeff Bezos said in a statement that its on a  “journey to build the most sustainable transportation fleet in the world.”

In 2018, Amazon placed an order for 20,000 Mercedes’ non-electric Sprinter vans, making them their biggest customer.
‍

On Thursday, California’s Air Resources Board announced new rules targeted at ships and trucks to cut pollution. The new rules to take effect in 2023 will create stringent emissions standards for diesel trucks, and require more ships docked at ports to plug into electric power or use scrubbers.

2.4 million residents living near the ports of Los Angeles and Long Beach will benefit from reduced cancer risks they claim.

Effectively, by 2027, allowable emissions of nitrogen oxides from new trucks would be reduced by 90% which is the equivalent of taking 16 millions cars off the streets.