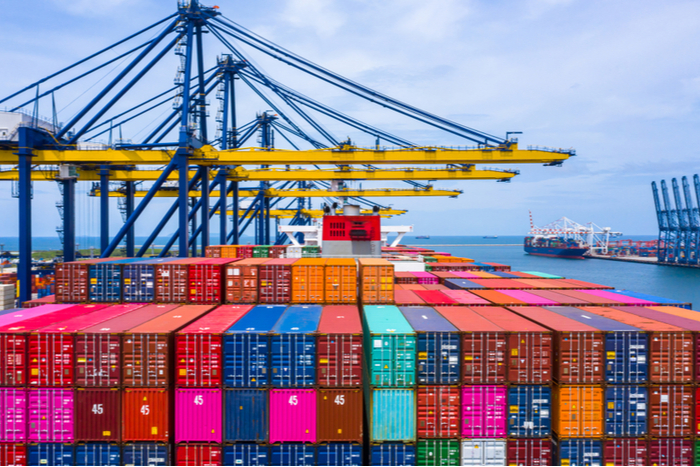 The Friday Five: Maersk cancels all blanked sailings on the Trans-Pacific

Maersk cancels all blanked sailings on the transpacific [Splash 24/7]

Maersk, the world’s largest containerline, has announced it’s canceling all blanked sailings on the Trans-Pacific, now citing strong import volumes which it anticipates to carry on until at least November.

In the last few months, the transpacific trade has been surging in demand as carriers continued to restrict capacity. As a result, freight rates surged between Asia and the U.S. reaching record highs. The World Container Index (WCI) from Drewry recorded a Shanghai-Los Angeles spot rate of $3,922 per 40ft, which was up 2% over last week and up a staggering 182% year-over-year.

On Wednesday, U.S. ocean regulator, the Federal Maritime Commission (FMC), met behind closed doors to take a look at the situation, after the Chinese government intervened last week, demanding carriers add more capacity. The FMC meeting resulted in the group firing off warnings of potential collusion investigations, threatening to head to the courts as it looks into possible infringements of competition law.

“If there is any indication of carrier behavior that might violate the competition standards in section 6(g) of the Shipping Act, the Commission will immediately seek to address these concerns with the carriers. If necessary, the FMC will go to federal court to seek an injunction to enjoin further operation of the non-compliant alliance agreement,” the FMC stated.
‍

The UK’s largest container port, the Port of Felixstowe, will be unable to accept the return of empty containers until at least September 23 as it struggles with crippling congestion.

The problems at Felixstowe are being attributed to a range of causes, from staff shortages, haulage driver shortages, a pre-Golden Week holiday import surge to delayed vessels from Asia due to weather and typhoons. All this, in combination with other factors, has reportedly led to the port’s vehicle booking system (VBS) becoming unworkable.

Some vessels scheduled to call at the port have begun to make diversions to other UK gateways. Loadstar is reporting that the Eleonora Maersk, due to arrive in Felixstowe on Sunday will divert to the London Gateway instead.
‍

On Thursday, Maersk contacted importers and freight handlers to advise it had made the "difficult decision" to no longer take cargo bookings to Sydney from Asia, India, the Middle East, Africa and Europe for at least the next two weeks due to disruption and "significant delays" from bans and work stoppages from the Maritime Union of Australia (MUA).

Terminals have seen production cut by 40%, and the work stoppages have caused an 11-day cargo backlog at the port of Botany, with a ripple effect of container supply chain congestion spreading across to Melbourne and Brisbane as vessels are being diverted.

MUA is demanding 6% annual pay raises over the next four years and implementing work stoppages until an agreement can be reached.

On Tuesday, the terminal port operator, DP World Australia lodged an application with the Fair Work Commission (FWC) to have the industrial action terminated, arguing it “endangers supply chains for critical products and exports and puts unacceptable pressure on the economy”. It’s gaining wide support from other strike-hit container terminal operators and supply chain players.

Maersk’s Rio de Janeiro vessel was diverted from Sydney to Melbourne and at least 400 of the containers will need to be unpacked in Melbourne and their contents delivered to Sydney by road or rail at importers' expense, delaying delivery by 4 weeks.

Eight other vessels are understood to be skipping Sydney and discharging their containers in Melbourne, Brisbane, Adelaide or Fremantle.
‍

On Wednesday, German early-stage truckload broker Sennder announced it had acquired Uber Freight’s European business unit in an all-stock deal. This is analogous to Convoy and Uber Freight in North America however, the European Truck market is intrinsically different.

After attempting to take the US approach in Europe, Uber Freight didn’t succeed with it’s app-based approach targeted at drivers because there is a lack of true owner-operators there. European employee drivers tend to have company-issued phones and load decisions are made by the dispatcher, and not the driver themselves. Sennder realized this and pivoted in 2017 to build an app targeted at the dispatchers instead of drivers directly.

Founded in 2015, Sennder now has 500 employees in seven offices across Europe, six of which have been opened in the past year, and will add 50 people from Uber Freight’s European unit after the acquisition. This is Sennder’s second acquisition in recent months, the being French competitor Everoad which was made in June. Terms were not disclosed for either deal.
‍

Guerrero will work to reconstruct and modernize supply chain operations, including supporting strategic sourcing and the introduction of an array of owned brands, securing faster, more efficient delivery through an optimized store fulfillment network, and driving profitability improvements throughout the supply chain.