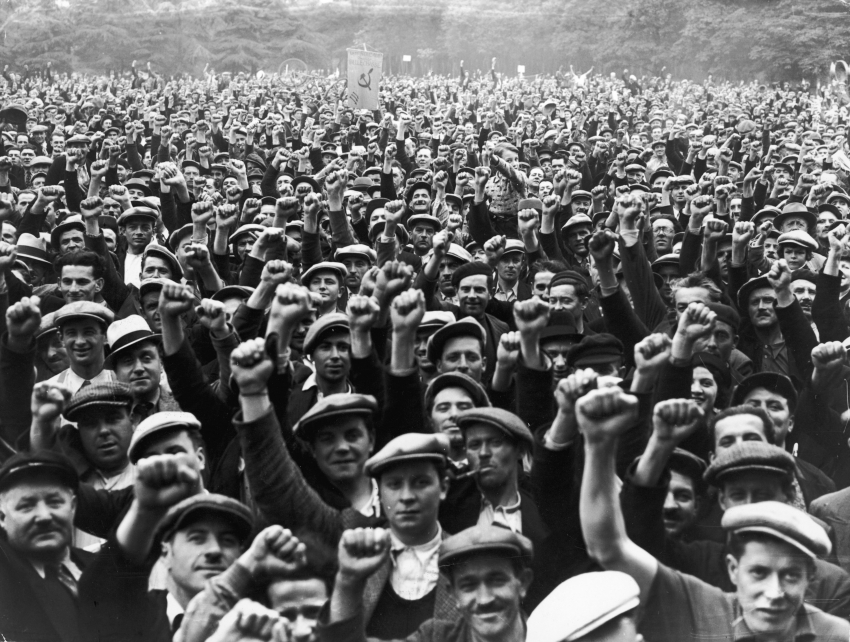 The Friday Five: “Mayday” protests on May Day

Workers at Amazon, FedEx, Whole Foods, Instacart, Walmart, Target, and Shipt say they will walk off the job on May 1 to protest their employers’ failure to provide basic protections for frontline workers as they risk their lives and these same companies are make record profits.

Since the pandemic broke out, retail, warehouse and gig workers have coalesced around a similar list of demands: personal protective gear, health care benefits, paid leave, and hazard pay—making it natural for them to coordinate a mass action.

For Amazon, the surge in online buying taxed fulfillment centers, which lead to unprecedented volumes in Q1. Amazon temporarily stopped taking inventory for non-essential products and hired 175,000 more warehouse and delivery drivers as a result. Amazon said it ended the quarter with 840,000 employees. Amazon’s worldwide shipping costs were up 49% from the year-earlier period at $10.9 billion for the first quarter.

Amazon says it has spent more than $800 million on COVID-19 safety measures including masks, hand sanitizer, gloves and hand-washing stations at warehouses — some of which have become hot spots for the spread of the virus.
‍

As one set of essential frontline workers across the country take to the streets to protest a lack of personal protective equipment, another set, independent truckers are fed up with a drastic decline freight rates and are planning a congestion-inducing "slow roll" in their rigs throughout parts of Los Angeles, Chicago, Washington and other major cities.

Specifically, Owner-Operators who depend largely upon loads they find on the spot market, are fed up with low freight rates. Tensions came to a boiling point on Houston’s East Loop Freeway when an estimated 70+ drivers staged a protest on a portion of Interstate 610. Then, on April 24, more than 100 drivers participated in a group “slow roll” along several Los Angeles and San Bernardino County freeways. A similar protest also took place in Phoenix.

Their main issue falls with unscrupulous brokers who arrange for the haul, track the shipment, bill the customer, pay the owner-operator a fee and then keep a percentage of the load revenue for their efforts. While there are several regulations that regulate conduct and relationships, there are no regulations that specify how much money the broker can skim off the top or how much they must pay an owner-operator.

The industry has recently been hit with a triple whammy, reduced demand with fewer shipments, higher capacity which lowers rates, and dramatic drops in fuel surcharge amounts and diesel fuel prices.

On Thursday during the DSV’s first-quarter earnings call, Jens Bjørn Andersen, DSV CEO said, “We don’t have hard volume numbers for April yet, but we believe the market for air freight in April could fall as much as 30%, and the sea freight market by 20%.”

The Denmark-based freight forwarder’s revenue was up 36.6% year over year to $3.9 billion, and earnings before interest and taxes (EBIT) rose 7.6% to $228 million. DSV’s first quarter received a welcomed boost from the $5.2 billion acquisition of Panalpina last August. CFO Jens Lund told analysts the coronavirus knocked $36 million off the forwarder’s first-quarter operating profit, dragging down net profit to $48 million, from $140 million vs. Q1 2019.
‍

3M has filed 5 legal actions in federal courts in Florida, Wisconsin and Indiana as part of its global effort to protect the public and combat fraud and counterfeiting. The lawsuits involve separate defendants who attempted to target government officials with fraudulent offers to sell N95 respirators—in one case claiming to have up to five billion respirators—at prices inflated upwards of 400%, all while falsely affiliating themselves with 3M.

3M has created a hotline to call for information on how to help identify authentic 3M products and to ensure products are from 3M authorized distributors. That number, in the U.S. and Canada, is (800) 426-8688.
‍

Little Tikes Cozy Coupe has overtaken Ford Fiesta to become Britain's best selling car. While sales of grown-up cars fell 44% in March, the weakest since the late 1990s, parents desperate to keep their children entertained bought 85,000 Cozy Coupes in March; Fiesta Sales fell to 15,987 according to the Society of Motor Manufacturers and Traders. The Fiesta has been Britain’s best-selling car every year since 2009.

Thanks for reading! Connect with Slync.io at these upcoming event(s):

Don’t forget to check out last week’s news. Come back next week for our next Friday Five!