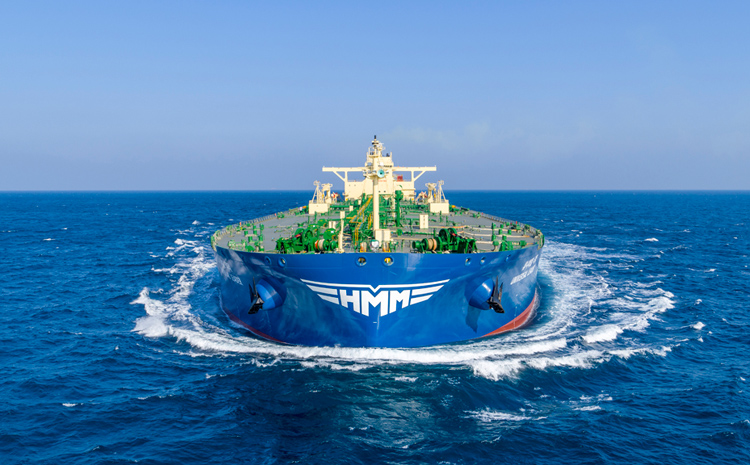 HMM Algeciras, a vessel as long as four football fields with capacity for 24,000 TEUs, is the first of a dozen new-generation vessels called megamaxes that will be delivered sequentially through September 2020 and operated by HMM, formerly known as Hyundai Merchant Marine. The megaships were ordered two years ago to help HMM compete with bigger carriers after they’ve posted more than $1.6 billion in losses over the past five years. In the order signed with Korean yards in 2018 for the dozen megaships, and another eight smaller 16,000 TEU-class ships, HMM splashed a total of $2.8 billion.

Last year the carrier received a further $5 billion to finance the ship order and invest in port assets. In 2017, HMM narrowly escaped default with a state-funded $660 Million bailout.

Amazon reportedly used the information from other sellers to price items, determine which features to copy or whether to enter a product segment based on its earning potential.

Amazon began making its own products in 2007, starting with the Kindle e-reader. Its private-label business now includes more than 45 brands with roughly 243,000 products, from AmazonBasics batteries to Stone & Beam furniture.

Amazon disputes that it abuses its power and size, noting that it accounts for a small proportion of overall U.S. retail sales, and that the use of private-label brands is common in retail.

Coca-Cola has a famously localized supply chain, "the Coco-Cola system" which partners 225 bottling plants locally around the world. But some ingredients still need to cross borders and transit times have been somewhat disrupting the flow of ingredients for Coca-Cola for weeks.
‍
Delayed as health screenings and policy changes are slowing some border traffic around the world, Coca-Cola is experiencing bottlenecks with ingredients en route to its plants the company's CEO James Quincey said on an earnings call Tuesday. The CEO did not specify which countries are seeing the longest delays.
‍
Some supply issues have been exacerbated by shifting consumer demand towards grocery products, as restaurants and large venues operations have been dwarfed globally. To keep product flowing despite the complications, the company announced they would be trimming underperforming SKUs as they “ruthlessly prioritize” delivering on core SKUs.

Over the next three months, CMA CGM-owned APL brand will transfer all its business on the Asia-Red Sea, Asia-India Subcontinent, Asia-Middle East, Arab Gulf, and Asia-Latin America trade to parent company CMA CGM. APL will focus exclusively on covering only Asia-US from July on. APL will also retain the group’s US government business and will remain the only brand in the CMA CGM Group with US-flagged vessels.

A spokesman for CMA CGM said Thursday the group was continuing to reorganize the trade network of CMA CGM and APL.

APL and CMA CGM last year carried the second-largest market share with a total of 3.59 million TEU in the trans-Pacific, good for a 15.8 percent cut behind Cosco Shipping/OOCL, which held 17 percent (3.85 million TEU), according to data from PIERS, a sister product of JOC.com within IHS Markit.

Europe’s two biggest truckmakers are teaming up to get more clean energy, heavy-duty vehicles on the road. Daimler will consolidate all its fuel cell activities in the joint venture and the Volvo Group will acquire 50% of that for about 600 million euros ($650 million). Daimler Trucks will create a new fuel cell unit, including those of Mercedes-Benz Fuel Cell GmbH. The new venture will include operations in Nabern, Germany, and plants in Germany and Canada.

The costs of this new technology combined with coronavirus related uncertainty have resulted in a strategy shift with large manufacturers now pooling resources to mitigate risk. Naturally, executives from both companies said they would be open to including other companies in the joint venture.

While the agreement announced Tuesday is preliminary and non-binding, both companies expect to reach a final agreement before the end of September and close the transaction by the end of 2020.