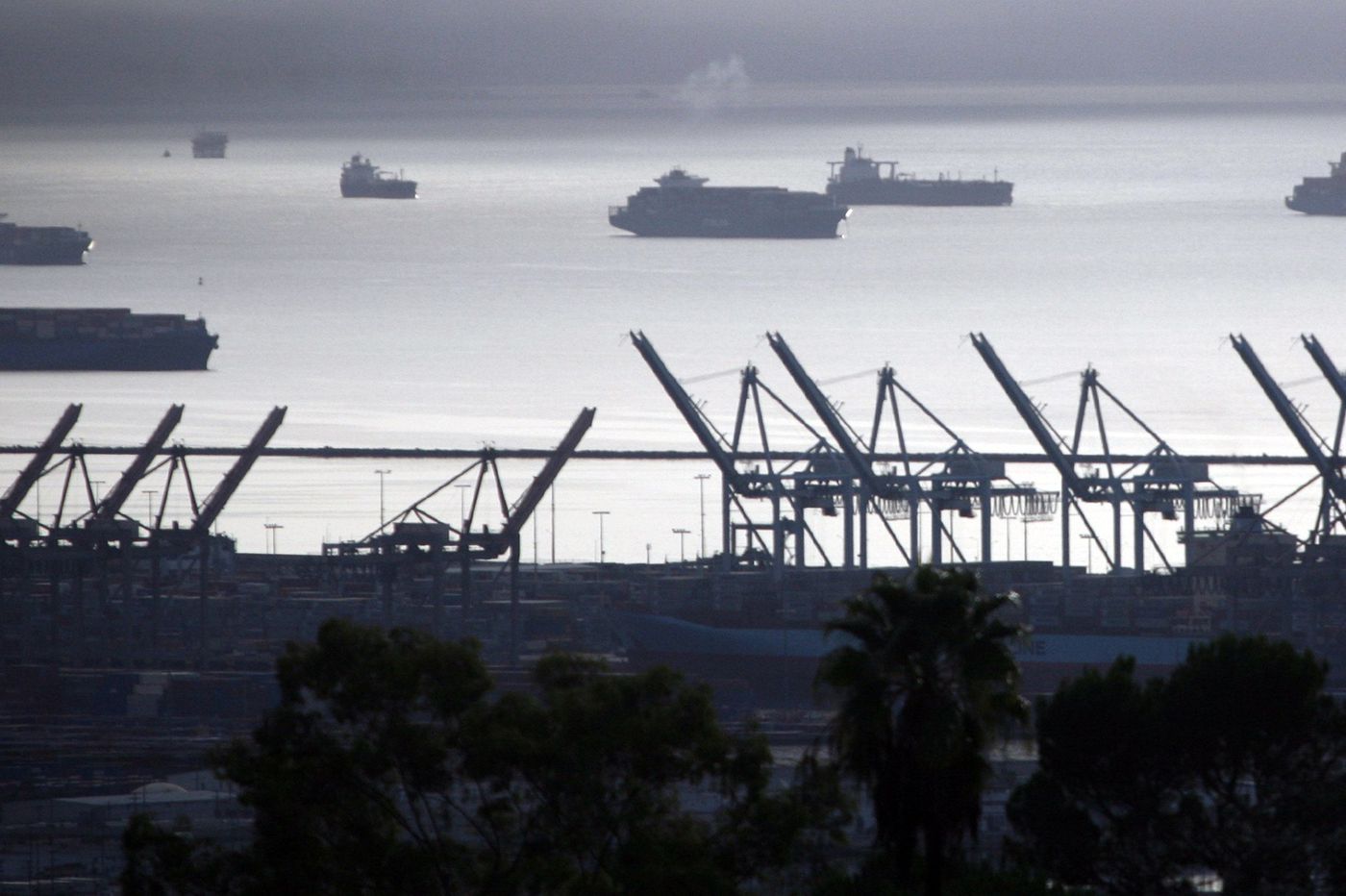 The Hamburg-based carrier informed customers that its Mediterranean Pacific Service (MPS), which connects ports in the western Mediterranean to Long Beach, Oakland, and Seattle on the west coast via the Panama Canal, will no longer make a backhaul call at Long Beach until further notice. If you’re in the industry, you already know what’s going on at the ports of Los Angeles and Long Beach. The pileup of ships offshore in San Pedro Bay has reached epic proportions.

As of January 13, there were 32 containerships comprising 263,000 TEU at anchor, 11 of which are more than 10,000 TEU. Two of the boxships are operated by Hapag-Lloyd. With another 21 vessels due to arrive over the next three days and only 18 scheduled to move to berths, pressure on the anchorage would remain high, the Marine Exchange of Southern California said.

Hapag-Lloyd warned that it was not just the west coast that was suffering delays. In New York/New Jersey, berth congestion at the Maher Terminal and APM Terminals is affecting services, with delays of several days being experienced. “Increased dwell times for import volumes and large inventories of empty containers continue to impact operations at all terminals,” it said. The carrier’s 4,115 TEU Dublin Express (IMO: 9232577) is being held at anchor off New York due to a crew member testing positive for coronavirus.
‍

South China authorities have suspended container barge feeder services through the ports of Hong Kong and Shenzhen. Feeder and barge services in the Pearl River Delta were suspended earlier this month to allow staff time to quarantine before traveling home for China’s most important holiday, Chinese New Year, which begins February 12. The feeder services link the hubs of Hong Kong and Shenzhen to China’s inland manufacturing centers.

The suspension has left carriers struggling to meet the import and export demand from South China’s busiest ports which are already swamped by sustained and heavy demand from European and US shippers.

This week, Ocean Network Express (ONE) became the latest carrier to suspend bookings for cargo bound for ports in South China and Fujian until mid-February, joining Hapag-Lloyd, CMA CGM, and OOCL that in December announced a hold on import bookings.
‍

The Japanese shipper has switched to overland routes via China and Central Asia to deliver some car exports to Europe. The shipper cited a reduction of “carbon emissions” as the reason, but given the state of the maritime market right now, it’s a good resiliency play as well.

Forming a partnership with a Chinese railway operator, it will ship automobiles from Japan to the Chinese city of Dalian, from where shipments will travel through Altynkol in Kazakhstan, over a total distance of 5,000 km.

Until now, Nippon Yusen was shipping cars from Japan to Turkey and entering Europe there. The capacity of automobiles that can be transported by train each journey is lower than by sea freight, but takes half the transit time and also cuts carbon emissions in half.

The shipping and delivery industry is under pressure as the Japanese government has pledged to reduce domestic greenhouse gas emissions to net-zero by 2050. The industry is said to account for about 2% of the world's carbon emissions.
‍

The company, which has about 76,000 employees in 2,100 locations, “has been forced to put a temporary hold on the acceptance of new consignments for shipment” to the U.K., it said in an emailed statement. DB Schenker said only about 10% of goods it had been commissioned to ship were accompanied with accurate customs forms.

The French Drivers had concerns about the new variant of the coronavirus currently leading to a surge in Covid-19 cases in the UK.

José Zydower, Force Ouvrière trade union delegate at XPO and a member of the firm’s local works council, told the French newspaper La Voix du Nord: “we believe crossing the Channel constitutes an excessive risk and demand that those who don’t want to go be allowed to choose and have the possibility to work solely in France and in countries where the COVID situation is less serious.”

As of January 1st, a negative PCR test is required of truck drivers returning to France from the UK. Therefore, European drivers plying EU-UK routes are said to be increasingly reluctant to run the risk of catching the virus while in Britain and having to spend several days in quarantine.

Stay safe out there, folks! Don’t forget to check out last week’s news and come back next week for the following Friday Five logistics news roundup!