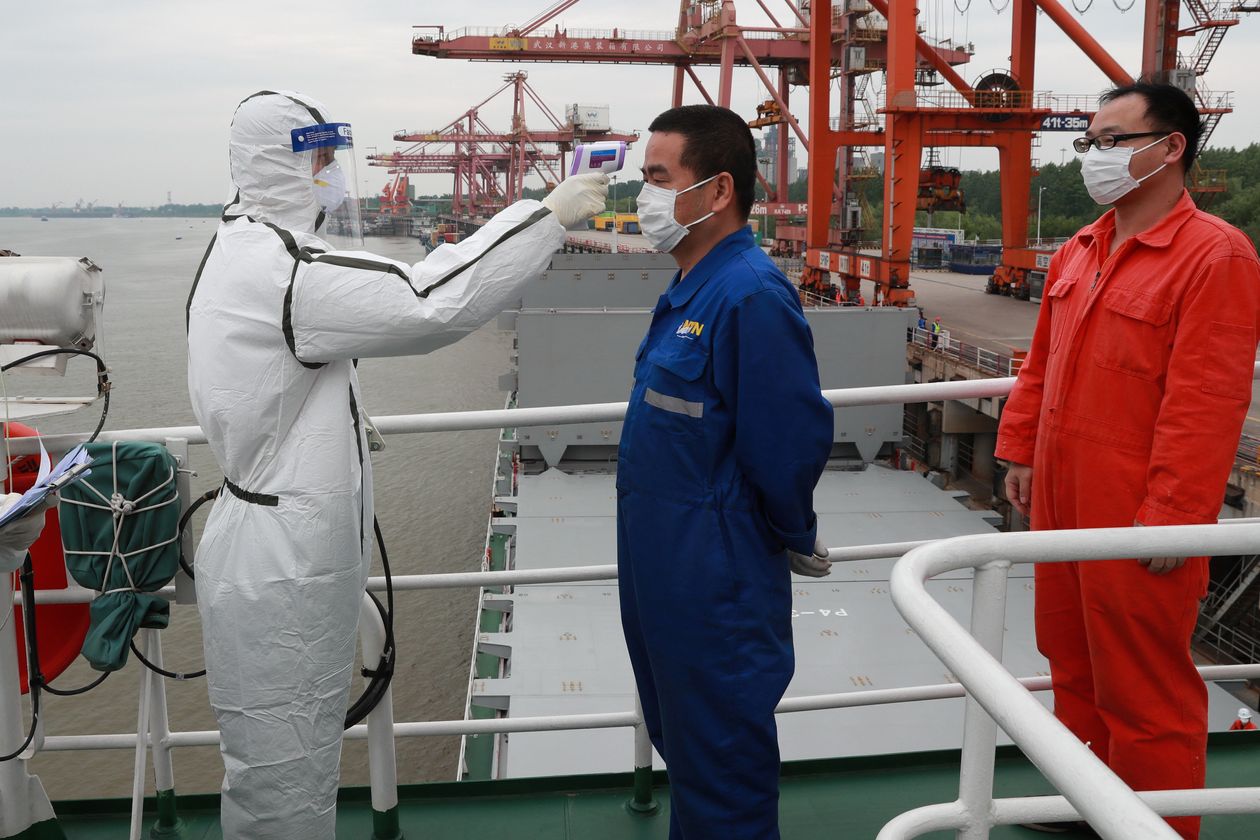 Thirteen countries, including the U.S., have agreed to ease border restrictions to allow for the repatriation of hundreds of thousands of sailors who have been stranded for months at sea as a result of coronavirus-related lockdowns.

The countries will finally recognize seafarers as essential personnel, making it easier for them to board flights and to move to and from ships.

Maersk reports currently having 6,600 seafarers aboard their vessels, and “more than a third of them are serving well beyond their contract length." With international flights still suspended or limited, and complying with local requirements in key hubs have made it extremely challenging to conduct crew changes in the volumes needed.
‍‍

U.S. June imports from China are up 13.8% and 9.5% from Asia as a whole from May according to PIERS. Spot rates also increased, as did blank sailings. 86 blank sailings in May and June, to be exact, which reduced total trans-Pacific capacity below demand.

According to non-vessel operating common carriers (NVOs), this imbalance pushed spot rates in the Asia-US trade to a 10-year high. Additionally, the  general rate increases (GRIs) as well as peak-season surcharges common to this time of year pushed spot rates even higher.

The spike in June import from Asia, which has extended into the first two weeks of July, can largely be attributed to inventory replenishment by retailers, back-to-school seasonal merchandise imports, and continued strong movements of personal protective equipment and other medical supplies.

All said, year-over-year imports from Asia, especially China, remain in negative territory despite the month-on-month gain from May.
‍‍

According to the Federal Motor Carrier Safety Administration (FMCSA) delays caused by civil unrest, or protests will not be held in violation of hours-of-service (HOS) regulations.

The emergency exception within FMCSA regulations in subsection 395.1 (b) allows a driver to complete a trip without violating the hours of service regulations if the trip was delayed due to a civil disturbance causing a driver to reasonably fear for their physical safety. The agency went on to state in a tweet that, any “driver who experiences crime or violence should immediately call the police.”

As protests and rioting have erupted in over 100 cities across the U.S. over the last two months, many truckers have been on edge. To make it easier for drivers with permits to carry concealed firearms across state boundaries, efforts to amend concealed carry laws have been renewed.
‍

On Wednesday, Mexican farmers set up blockades at the Pharr-Reynosa International Bridge at the Texas port of entry to protest government cuts, disrupting a key trade route for 2 consecutive days. In an email sent on Thursday, Armando Taboada, assistant director of field operations at the Laredo Field Office of U.S. Customs and Border Protection (CBP) stated, “The bridge is still blocked and traffic should be diverted to other port crossings as per our contingency plans.”

The Ports of Progreso, Roma and Los Indios are recommended alternates while the Mexican farmers protest reported government cuts in sorghum subsidies. The blockade is on the Mexican side of the crossing.
‍

Just how earth-shattering is the collapse in air travel? Aside from United’s announcement to potentially furlough up to 45% of its workforce this week, Dallas-Fort Worth International has claimed the title of busiest airport in the world for May and June.

The sprawling Texas hub, with seven runways and five terminals, still has more than 90% of its gates and half its restaurants in operation.

In May, DFW had 12,109 departing passenger flights, edging out Chengdu, China, by 86 flights for the title of busiest in the world, according to Cirium, a London-based travel data and analytics firm. In June, DFW’s lead over Chengdu only widened.
‍
‍

Stay safe out there folks! Don’t forget to check out last week’s news and, as always, come back next week for the next Friday Five Logistics News Roundup!