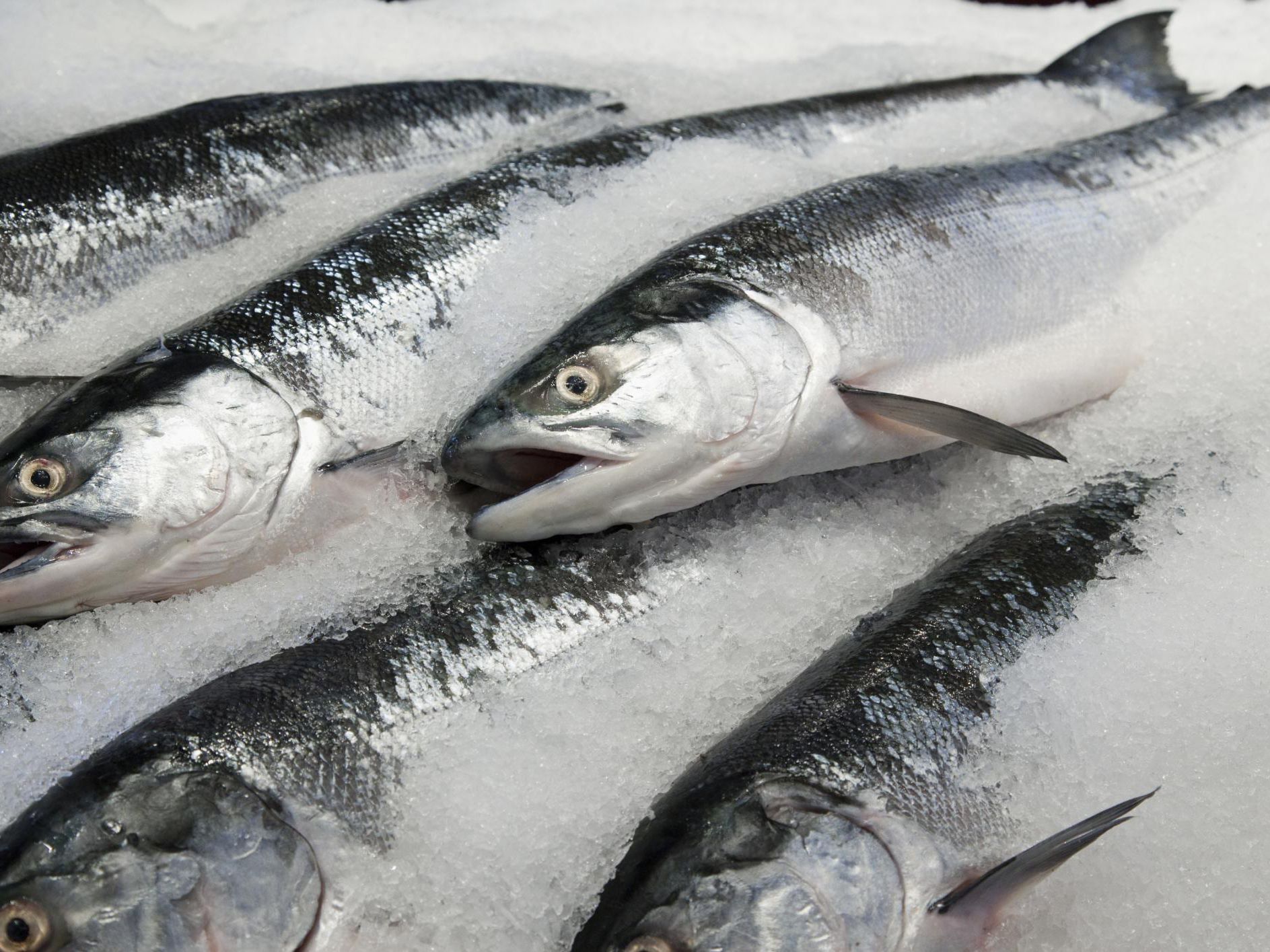 The Friday Five: So long, and thanks for all the fish

Chinese import precautions are causing a ripple effect across the frozen food industry, leaving hundreds of containers of seafood and other perishable goods at risk of spoilage at the Port of Dalian. Some shipping lines are reportedly canceling new reefer bookings as the backlog grows.

A government policy to test food imported to China for COVID-19 has slowed containers’ movement through Dalian, Bloomberg reports. Limited space and a lack of available electrical outlets to power refrigerated containers have caused growing concern among the forwarders and shippers. And it’s not just an issue on the ground. Nine vessels are docked at Dalian, and four vessels have reportedly been waiting as long as two months in the waters nearby Dalian, while another six are waiting further out in the Yellow Sea. Meanwhile, congestion is increasing at other ports as some shipments are rerouted.

The congestion is causing consequences further upstream as well. AP Moller-Maersk stopped taking new reefer bookings into Dalian (with few exceptions) in early January, with CMA CGM following suit around the middle of the month.

As containers pile up at customs, it’s causing an effect elsewhere in the industry. Because there are so many reefer containers waiting to finish their journey into China, it’s causing a slowdown for U.S. importers who are waiting for those same containers to come back with frozen food from China.
‍

Where some companies are expanding their freight businesses, others are getting out. The latest examples came this week as UPS and Werner Enterprises announced their intentions to divest large pieces of their logistics businesses.

UPS is selling its freight network to Canadian-based TFI International for $800 million, pending regulatory approval. According to Supply Chain Dive, the deal includes 147 UPS-owned facilities (197 total), more than 6,000 tractors, and 23,00 trailers. It will significantly boost TFI’s LTL network as it expands its presence across North America. Its workforce will grow too, as about 14,500 UPS Freight employees will move along with the acquisition.

In its divestiture statement, UPS says it aims to become “better, not bigger,” and that the deal will improve the company’s operating margin while helping pay down debt without any anticipated impact on customers.

According to a Werner executive, the company will be better positioned to focus on its core North American freight business.
‍

The fourth-largest LSP is hitting the road, so to speak, announcing it will develop new truckload and less-than-truckload businesses in the United States.

The new unit will operate separately from DB Schenker’s international freight forwarding and contract logistics business, Freightwaves reports, focusing on domestic transportation and cross-border trucking across North America. According to an executive, DB Schenker plans to grow its business through a mix of acquisitions and organic growth.

Trucking currently plays a secondary role for the company’s U.S. operations, shuttling freight for customers who use its air, ocean, and warehousing services. With the full-fledged expansion into the trucking market, DB Schenker will rely on contracted operators to move company-owned trailers, as well as its own fleet.

Currently the operator of Europe’s largest trucking network, a new fleet of gold-painted trucks will soon be covering America’s roads, as DB Schenker makes a big push to grow the business in 2022.
‍

The late-year rejections were particularly challenging for agricultural businesses, as it came at the peak season for North American harvests. The total value of shipments rejected out of ports in California, New Jersey, and New York is estimated to be around $632 million, CNBC reports.

Carriers began notifying shippers in October the empty containers would take priority over agricultural exports. The Federal Maritime Commission has launched an investigation to determine whether carriers violated the Shipping Act.
‍

Although you might not have accumulated the same amount of airline miles in 2020 as in years past, there’s a good chance your freight did.

Indeed, fewer passengers took to the sky in 2020 giving the airline industry an opportunity to play an expanded role in delivering cargo. Beginning with the early rush to move PPE in response to the pandemic, and continuing throughout the year, as many as 155 passenger jets had their seats removed to expand their capacity for cargo.

Citing Cirium’s Airline Industry Review 2020, Air Cargo News reports that widebody aircraft, including Airbus A330s and Boeing 777s, made up the majority of the repurposed air cargo fleet. Although loading cargo into passenger cabins is not ideal, it has provided an essential lifeline for critical freight when capacity was otherwise hard to come by.

Thanks for stopping by, folks! Happy Friday! Don’t forget to check out last week’s news and come back next week for the following Friday Five Logistics News Roundup!