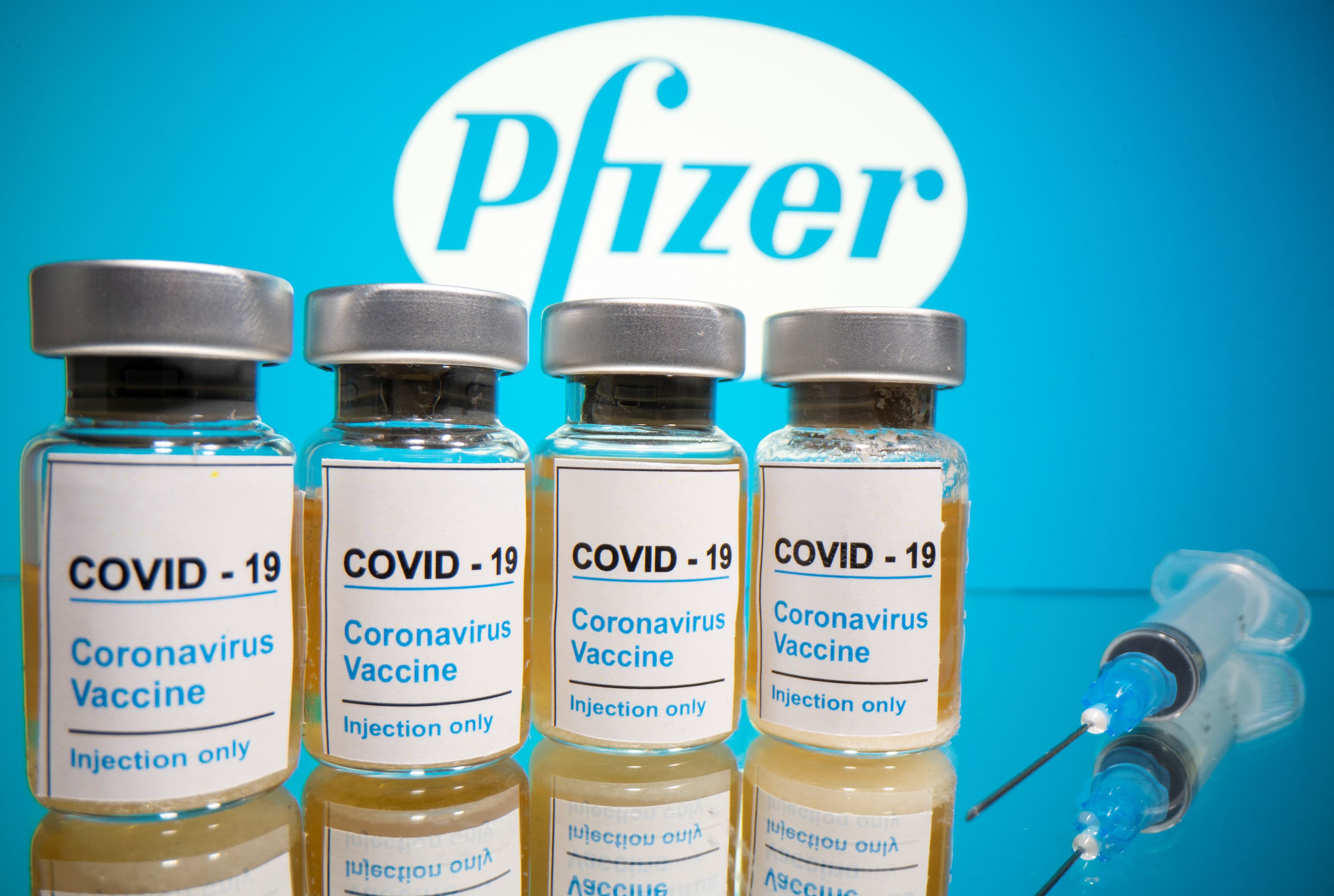 On Tuesday, British citizens began receiving Covid-19 vaccines. The fragile vaccine needs to be stored at around -70 degrees Celsius (-94 degrees Fahrenheit) to maintain its integrity, making transportation a considerable challenge.

Workers at the Pfizer Inc. plant in Puurs, Belgium, loaded thousands of liquid vials into custom-made thermally protected shipping containers and packed them with dry ice. Each box contains an IoT device about a cellphone’s size that functions as a thermal sensor and a GPS monitor. It feeds information to a Pfizer control center, allowing the company to make sure the shipment is sticking to its planned route, maintaining its required temperature, and triggering alerts if the driver deviates from the route, even for a rest stop.

Defrosted vials of vaccine remain stable for up to five days if kept at 2-8 degrees Celsius. They can be transported only twice and for a maximum of 12 hours on the road.

The shipments, loaded onto anonymous trucks, crossed 125 miles to the French coast and sped by train under the English Channel. By Thursday evening, three trucks were heading across the U.K., and a fourth was crossing the Irish Sea.

Fifty hospital hubs across England and a small number of other sites across Scotland, Wales, and Northern Ireland are the first to administer the vaccine.

This initial journey was one of the “easiest” the vaccine will take. Now, countries and logistics companies are scrambling to prepare for the unprecedented challenge of shipping millions—eventually billions—of doses at carefully controlled temperatures.

The International Air Transport Association, a trade group, said a single dose for each of the world’s 7.8 billion people would fill 8,000 Boeing 747 cargo aircraft.
‍

Today, Hapag-Lloyd announced a temporary halt for bookings of export containers at its European depots. As reported in a customer advisory notice, bookings of 40-foot reefer containers for empty pick-up have halted until the end of December at its depots in Germany, Austria, Switzerland, Hungary, and the Czech Republic.

Today, Maersk acknowledged it had been forced to “stop acceptance” of new bookings for a “few” Asia-Europe sailings. Maersk clarified it would continue to accept bookings as long as those bookings were within the agreed allocations and the customers involved have delivered the agreed volumes so far in the preceding months.

Last week, CMA CGM said it had stopped taking bookings from Asia to North Europe until the last week in December amid a chronic shortage of equipment partly due to heavy export demand. Ocean Network Express (ONE) is also reported to have introduced a booking halt.

Tensions are growing between carriers and customers amid plummeting service levels and soaring rates, as the start of contract negotiation season is right around the corner. The situation is expected to remain extremely tight over the next weeks.
‍

2M partners Maersk and MSC are swapping Felixstowe for Liverpool on their TA2/NEUATL2 transatlantic loop from the end of the year to “provide stability to the service.” Inherent issues at Felixstowe with its problematic vehicle booking system have also been a factor in land-side congestion and slow ship working.

The last sailing from Felixstowe will be by the 8,822 TEU MSC Athens in week 51, with the first sailing from Liverpool by the 6,478 TEU Maersk Sembawang planned for the following week.

The situation is set to get worse for UK importers as carriers consider their options for January.
‍

On Friday, a civil lawsuit was filed against Maersk and former executives representing the firm for alleged corruption involving shipping contracts with Brazilian oil firm Petrobras.

In Brazil, prosecutors can press criminal charges only against individuals, and companies are subject only to administrative sanctions, which can include fines. The lawsuit requests that a judge freeze almost $198 million in assets in order to make sure funds are available to pay for damages resulting from the alleged scheme. The civil lawsuit is the latest chapter in the epic Brazilian corruption investigation known as Car Wash, initiated in 2014.

The company said the investigation is ongoing and that it will not comment further on the case.
‍

On an earnings call Wednesday, Campbell Soup Co., the maker of Pepperidge Farm cookies, warned it is working through a series of supply constraints, labor shortages at the same time demand skyrockets.

“This portfolio is unique with proprietary recipes, and therefore we do not outsource production,” Campbell said in a statement to Bloomberg News. “We’ve prioritized increasing supply and are already leveraging capacity opportunities across the network to meet increases in demand and maximize availability.”

It’s not just Santa Claus eating more, Cookie demand in the U.S. has surged by 25% during Covid, with one in five Americans consuming more than three cookies per day.