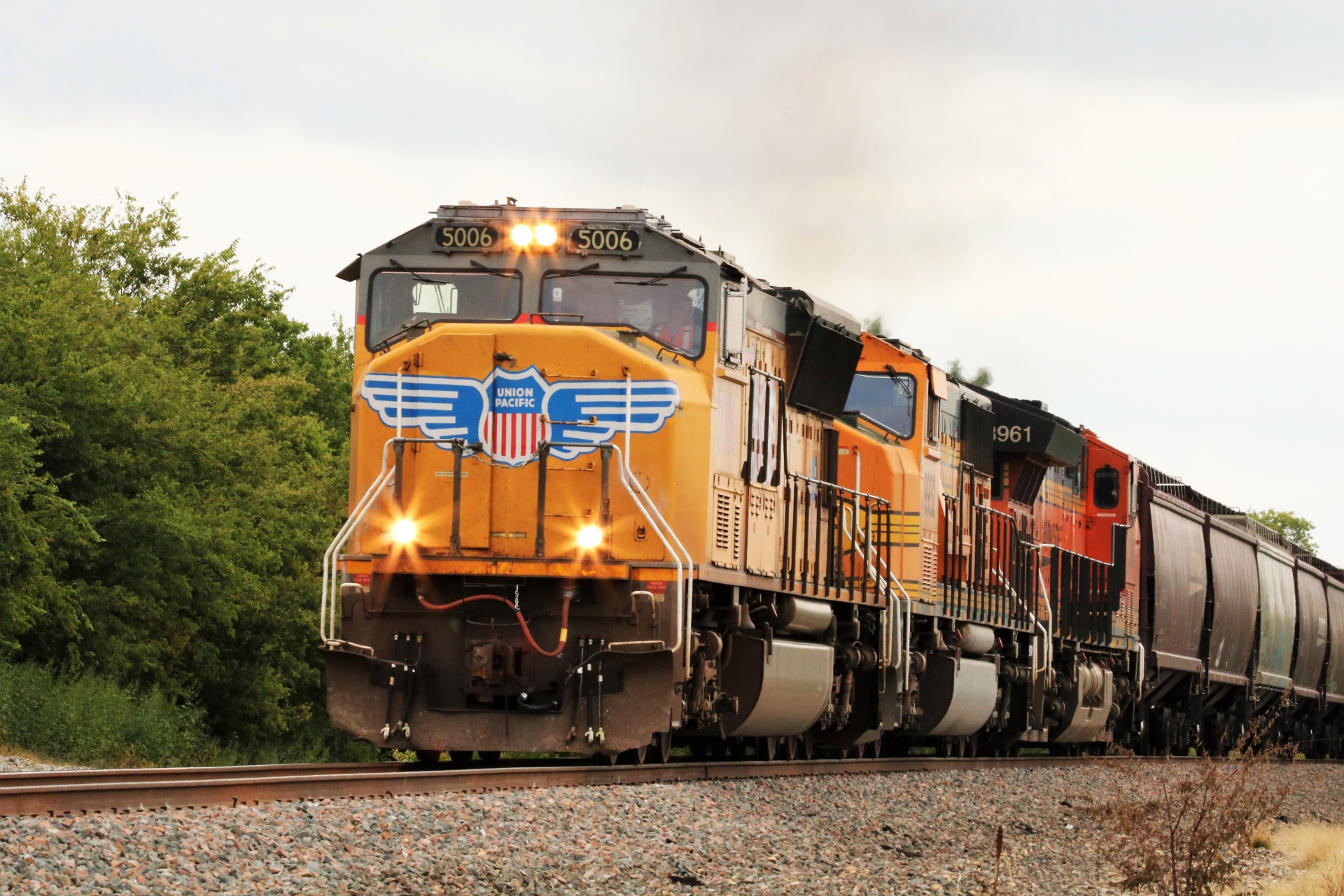 In Southern California have seen spot quotes for shippers using Union Pacific Railroad-owned boxes out of Los Angeles have seen spot quotes skyrocket more than 40 percent since June 1 due to the most severe equipment shortage in two years, according to four intermodal marketing companies (IMCs). Union Pacific, while not directly confirming the equipment shortage, said it was moving containers to meet the boost in demand. Since June 1, IMC executives have said it’s next to impossible to secure rail-owned containers called UMAX and EMHU boxes, book a gate reservation, or find an open slot on a train.

“UPS came in two weeks ago and took every empty Union Pacific had, and there's nothing the UP can do about it. UPS even took on additional containers from a leasing company,” said a Midwest executive from an IMC. “The parcel business is just so strong right now with everybody shopping online that it’s creating a shortage for the rest of us.”

According to Mastercard, more money was spent online in April and May than the last 12 Cyber Mondays combined. Spending in May was up 93% year over year. Mastercard reports year-over-year e-commerce sales in May surged 149 percent for home improvement goods, 64 percent for footwear, and 41 percent for apparel, which could explain the surge in UPS traffic on the Union Pacific network.
‍

What Trump’s H-1B visa order means for IT [CIO]

H-1B visa applicants hoping to enter the U.S. to work will have to be patient, as President Donald Trump has extended a 60-day ban from April out until the end of the year on skilled foreign workers entering the country. Visa applicants already in the U.S. are unaffected.

In 2019, 188,123 H-1B visas were issued with renewals and 76,988 L-1 visas were issued in 2019, according to U.S. State Department figures. L-1 visas are granted to employees transferring to a U.S. company from a foreign subsidiary where H-1B visas are issued to skilled workers when employers can demonstrate that suitably qualified staff cannot be found locally.

New H-1B visas are capped at 65,000 each year, plus an additional 20,000 for applicants with master’s degrees or higher from U.S. educational institutions.

According to MyVisaJobs.com, in 2019 outsourcing firms Cognizant Technology Solutions, Infosys and Tata Consultancy Services (TCS) lead the pack followed by Google with 7,317 H-1B LCAs certified and Microsoft with 3,403 LCAs for H-1B visas, with about 88 percent of them for IT roles.
‍

Making headlines again, the long-awaited bench trial scheduled for July 13 in the overtime compensation class-action lawsuit brought by former Total Quality Logistics (TQL) employees has been pushed back because of the COVID-19 pandemic.

The complaint, filed in the U.S. District Court for the Southern District of Ohio in September 2010, claims that more than 4,500 employees working at TQL’s headquarters in Cincinnati from September of 2008 to mid-April of 2016 were cheated out of millions of dollars in overtime pay while working at the second-largest freight brokerage in the U.S.

In a second class-action lawsuit filed in July 2016 regarding the overtime issue and claims by former employees that the brokerage violated the FLSA, the COVID-19 pandemic intervened once again when a jury trial slated for March 30 in the U.S. District Court for the Northern District of Illinois was also delayed.
‍

Ocean carriers have begun reinstating blank sailings along the Transpacific route to the U.S. West Coast, but canceled trips are set to increase again in the third quarter, according to the most recent release from Sea-Intelligence. Other routes continue to see decreased capacity, but the route heading to the West Coast is seeing "a significant reduction in blank sailings."

Sea-Intelligence also revised its carrier profitability forecast in light of rates increasing "substantially." Carriers would take home $9 billion in profit at the current rate levels, but a rate war in the second half of the year could result in a $7 billion loss.
‍

The coronavirus pandemic, rising tariffs and Brexit have led 33% of businesses with global supply chains to make plans to move sourcing and manufacturing away from China in the next two to three years, according to a Gartner survey. Companies say that shifting sourcing to countries such as Vietnam, India and Mexico helps save on tariff costs and enhances agility and resilience, but 58% of respondents say it's also led to more structural costs.

Only 21% of survey respondents believe that they have a highly resilient network today – meaning that they have good visibility and the agility to shift sourcing, manufacturing and distribution activities around quickly.

The data was collected from 260 global respondents between February and March 2020. Participants were responsible for supply chain and related functions across a range of industries, including high-tech, industrial, and food & beverage.

Thanks for reading! Have a great weekend and don’t forget to celebrate #NationalLogisticsDay at home on Sunday, June 28! Don’t forget to check out last week’s news. Come back next week for our next Friday Five roundup!