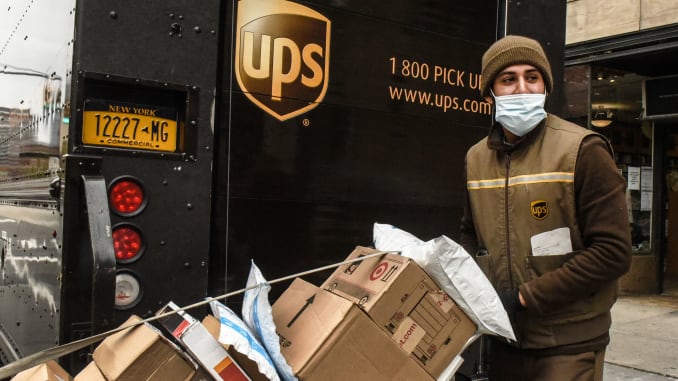 On Thursday, UPS announced impressive earnings for the second quarter amid coronavirus disruptions. Carrying a record 21.1 million packages per day, UPS experienced a 22.8% increase in average daily volumes, and a 65.2% increase in business-to-consumer (B2C) shipments attributing a surge in demand for residential deliveries as a result of COVID-19 for Q2.  Operating profits slipped 2.2% in the segment to $1.2 billion as revenue per piece declined. Shippers should expect higher rates and surcharges as e-commerce demand continues to zap capacity.

International Package division's recorded 3.309 million packages per day, a 9.8% increase in average daily volumes, but total revenue per package down was down 3.9%.

Supply Chain & Freight revenue, at $3.68 billion, rose 8.5%, with UPS pointing to high air freight forwarding demand coming out of Asia, which was partially offset by weaker demand early in the second quarter for its less-than-truckload and truckload brokerage units.

Union adviser Michel Murray explained earlier this week that the dispute was mainly about longshoremen work schedules and said he believed the strike would pressure the employers' association.

So far, the impact on container flow has been modest, with just one vessel unable to unload its cargo and at least two more in transit. The risk, however, is that the longshore and port checker unions trigger consecutive strikes. Unions can strike for a set period, or indefinitely, as long as they issue a 72-hour notice to employers...

The strike will affect 355 longshoremen, foremen, and maintenance personnel—definitely something to keep an eye on as the story develops.
‍

The Rush Is On to Secure Holiday-Season Warehouse Space [WSJ]

Retailers are currently hustling to find more space for goods before an expected crush of online orders this fall swamps already-strained logistics networks. For prime locations near major population centers, warehouse demand is surging as e-tailers shift away from just-in-time supply chain strategies to an approach that favors resilience, moving inventory to additional sites to speed delivery of online purchases.

In June, online Consumers spent a record $73.2 billion, up 76% from a year prior. Pushing Online shopping above normal holiday levels.
‍

Walmart-owned Flipkart will launch a service called Flipkart Quick in India that promises to deliver groceries, mobile phones, and other goods within 90 minutes. The online retailer's service, set to debut in Bengaluru, will compete with Amazon, BigBasket and JioMart.

The US Postal Service has been given a temporary lifeline against insolvency in the form of a $10 billion Treasury Department loan under the Coronavirus Aid, Relief and Economic Security Act. The USPS said the loan would keep it afloat until May 2021, and a new loyalty program for business shippers may also help.

Happy Friday, folks! Don't forget to check out last week's news and, as always, come back next week for the following Friday Five logistics news roundup!