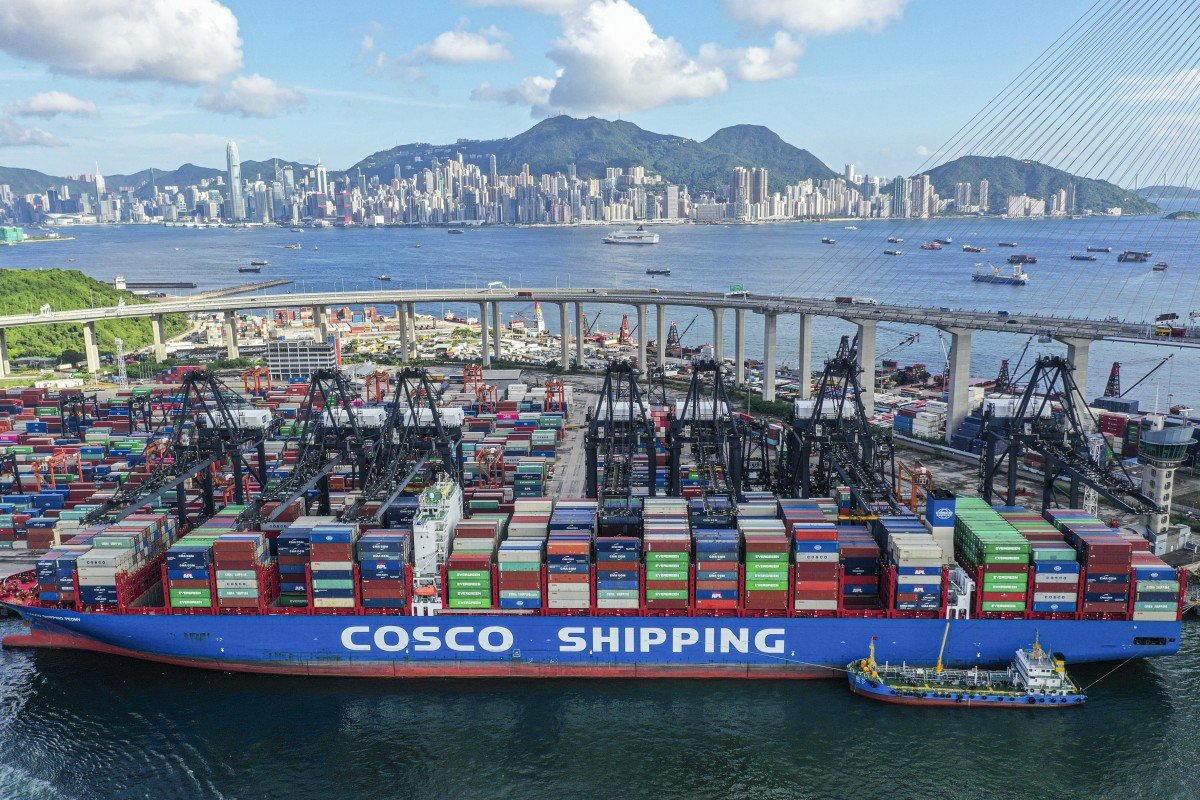 On Thursday, The U.S. suspended a reciprocal tax exemption arrangement with Hong Kong for shipping companies. Washington’s suspension of the US-Hong Kong reciprocal tax exemption deal for shippers is a ‘lose-lose situation’ experts warn. The U.S. Government says it will suspend a bilateral agreement that has allowed shipping firms to avoid double taxation since 1989. The decision will jack up the cost of trade and fuel uncertainty and anxiety for the pandemic-ravaged industry, stakeholders say.

The Hong Kong government denounced the US’ decision to suspend the agreement on tax exemptions, which covered income derived by residents or companies from the international operations of ships.

The termination of the agreement will add to the operating costs of the shipping companies, in particular U.S. ones, which will now be subject to double-taxation. Last week, President Trump also demanded “Made-in-Hong Kong” exports to the US be changed to “Made in China” on product labels as part of other sanctions.

On Monday, in a complaint filed to the FMC, by the IMCC against the Ocean Carrier Equipment Management Association (OCEMA) and 10 of its ocean carrier members, IMCC said OCEMA’s tactics violate the Shipping Act and the FMC should use its enforcement authority to stop it.

According to the FMC, the ocean carriers, OCEMA, and CCM have 20 days to file a response with the commission, at which point they can also file a counter-complaint.

United Airlines’ early commitment to quasi-freighter operations as the coronavirus crisis grew has paid off financially. On Wednesday, the company announced it had officially operated more than 5,000 cargo-only flights since March 19 and has transported more than 170 million pounds of cargo.

The Chicago-based carrier quickly switched gears to transition Boeing 777 and 787 aircraft idled by the pandemic shutdown into dedicated cargo service, resulting in a 36% jump in second-quarter cargo revenue compared to 2019.

In contrast, rival American Airlines has flown an estimated 2,000 mini-freighter missions so far, moving more than 50 million pounds. AA said it would double cargo-only flights from August to more than 1,000 in September. The company also announced it’s dropping flights to several small U.S. cities in October when federal subsidies for the service expire.
‍

The resurrected Toys R Us brand dropped an e-commerce deal with Target Corp. last month and will now fulfill orders once again through Amazon.com Inc. By using the Amazon Associates’ links, Toys R Us – in a digital sense – isn’t functioning as a retailer, but rather as a publisher.

The Target deal, struck last year, was a quick-win for Toys R Us to enable online orders in time for Holiday 2019 season without having to invest in inventory, or fulfillment centers, as it clawed back from bankruptcy tribulations.

Toys R Us and Amazon have some history together. Back in 2000, Toys R Us once proudly partnered with Amazon to create a Toys R Us site on Amazon.com. With that deal, Amazon would handle all e-commerce site development and order fulfillment, and Toys R Us would pay them $50 million annually for the service. However, the relationship soured after delivery delays and eventually ended with lawsuits. When Toys R Us took Amazon to court 15 years ago to end a previous partnership, they may have won the short-term battle, but the fact that the Toys R Us website is now linking to Amazon proves that Amazon won the war in the long run.
‍

Double Trouble: Two Hurricanes Headed for US next week [FreightWaves]

Thursday afternoon, the U.S. Coast Guard set port condition YANKEE for Puerto Rico and the U.S. Virgin Islands, closing ports to all inbound commercial vessel traffic unless specifically authorized by the captain of the Port (COTP). Vessels without approved applications to remain in port were required to leave upon release of the announcement.