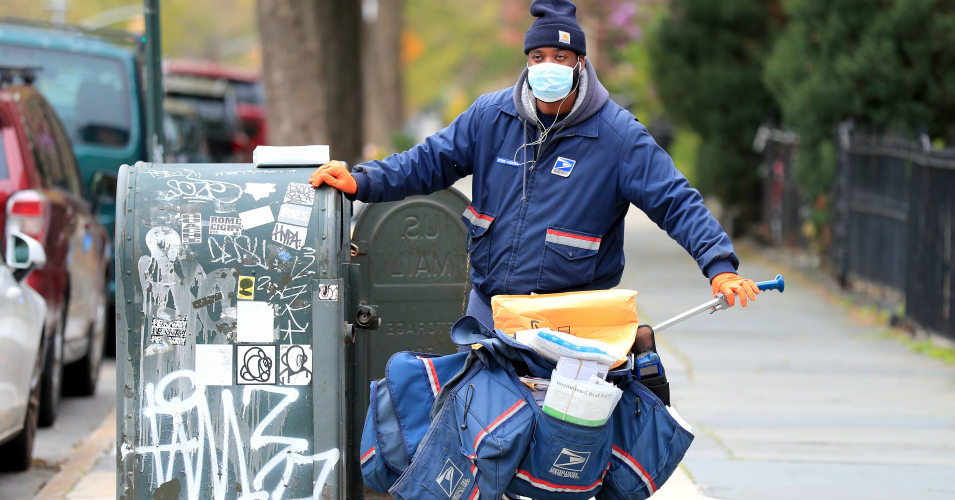 The Friday Five: USPS stuck in the middle

USPS Stuck In The Middle [WSJ]

‍Shippers probably shouldn’t expect efforts to improve U.S. Postal Service delivery operations to arrive any time soon. The USPS is in trouble. Postal customers have complained since May of delivery delays that arose as the pandemic led to staffing shortages and backlogs at facilities in hard-hit areas.

In June, former supply chain exec Louis DeJoy took over as postmaster general and was tasked with steering the Postal Service out of a financial crisis (it lost $2.2 billion in the quarter ended June). Over the last month, he’s implemented cost-saving measures including cutting overtime, ordering mail to sit until the next day if it causes routes to run late, and shaking up leadership.

Postal-union representatives say efforts to curtail overtime and other costs under Postmaster General Louis DeJoy have contributed to slowing deliveries. According to DeJoy and USPS say deliveries haven’t slowed.

Zooming out, with 80 days until the U.S. elections, to deliver an unprecedented number of mail-in ballots on time, USPS needs more funding. Democrats want $3.6 billion for mail-in voting and $25 billion for the USPS under a new pandemic relief bill for relief. Some lawmakers say there are signs of progress on postal funding, if the two sides can agree to a broader aid package.
‍

Before the pandemic (and subsequent deluge of e-commerce shipments) struck, warehouse capacity was already tight with a national 6% vacancy rate at warehouses and distribution hubs, according to JLL.

The onslaught of imports is causing containers to pile up near some US ports and putting pressure on marine terminals due to unreturned chassis.

The worker scarcity, created by elevated unemployment benefits reducing the incentive to work, coupled with workers’ fears of contracting COVID‑19, is most sharply felt by facilities that deconsolidate the ocean containers.

Seasonal labor availability is about 30 percent to 40 percent less than it was a year ago, and that reduction approximately equates to the same loss of storage capacity. Normally, there’s a backlog of cargo in October and November, but it’s building now. With the additional $600 in unemployment insurance provided by the federal Coronavirus Aid, Relief, and Economic Security (CARES) Act, recipients are receiving what equates to between $22 and $25 per hour, based on a 40-hour work week.  The average warehouse pay rate is $15 to $18 per hour.
‍

Demand is driving transpacific prices sky high, so much so, China’s Ministry of Transport has sent letters to six major container lines, asking them for explanations behind the recent freight rate surges.

Rates are now 120% up on their value a year ago. Prices on the route reached $3,144 last Friday, consolidating the all-time high of $3,167 recorded the previous week. Both mark the first time rates have exceeded $3,000.

Japan Post Holdings is considering selling its struggling Australian logistics business, Toll Group. Acquired in 2015 for $5.8 billion, Toll has been hampered by domestic deliveries and international forwarding losses. The Japanese company has begun seeking advice from several securities companies regarding the sale.

For the fiscal year through this past March, Japan Post's international logistics business posted an operating loss of 8.6 billion yen. The company also recorded an 8.2 billion yen deficit for the April-June quarter, a worse performance than a year earlier.
‍

Lowe's will roll out four more e-commerce fulfillment centers and seven distribution sites for appliances and other bulky items, part of its $1.7 billion plan to bolster efficiency and revamp its supply chain amid higher e-commerce demand. The home improvement retailer said the expansion would make two-day delivery available to almost all Lowe's customers

Happy Friday, folks! Don’t forget to check out last week’s news and, as always, come back next week for the following Friday Five Logistics News Roundup!