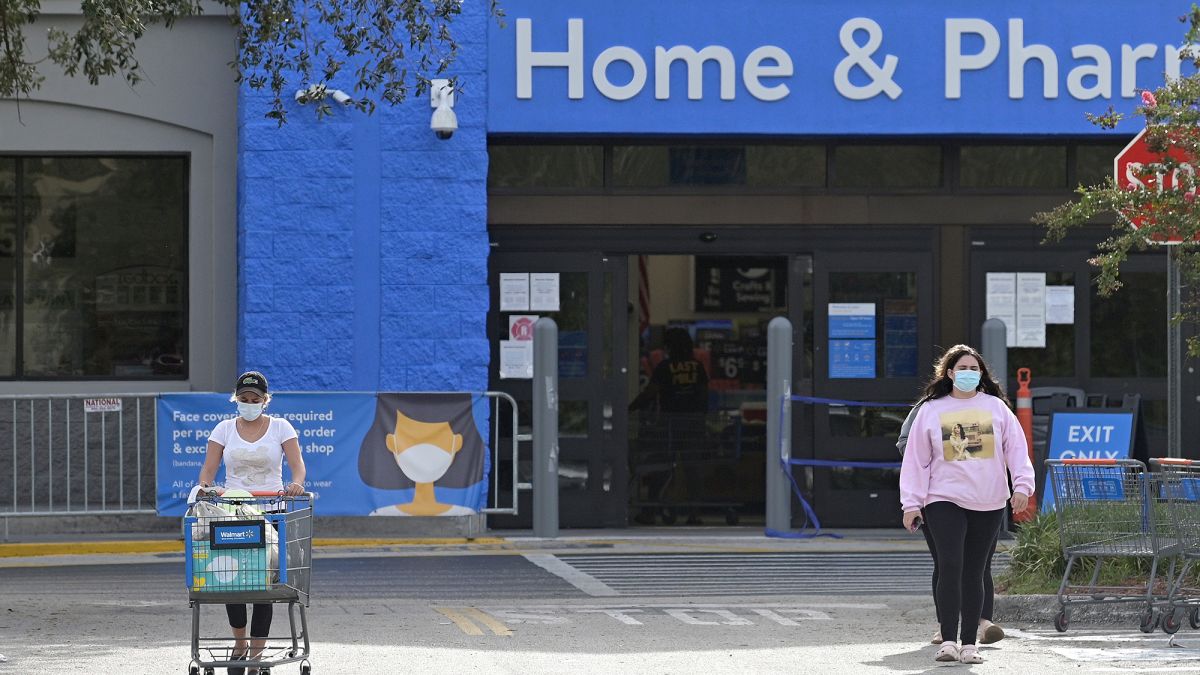 Walmart, Kroger to Require Shoppers to Wear Masks in All U.S. Stores [WSJ]

On Wednesday this week, The retail giants, which operate more than 8,000 stores across the country, said they were adopting their own mask requirements to protect their staff and customers.

Walmart and Kroger have kept their stores open through the pandemic and required workers to wear masks, but like most retailers they previously followed local guidelines for shoppers.

Other chains made similar moves after Walmart’s announcement Wednesday, including Kohl’s Corp., which operates about 1,000 department stores, and Panera Bread, which has about 2,000 restaurants. Best Buy Co. and Starbucks Corp. had previously adopted mask rules that kicked in on the 15th.

Costco Wholesale Corp. took a lead on the issue and has required masks for shoppers since May, making it a target for critics of the policies. Walmart’s mask rule begins July 20 for its stores and Sam’s Clubs locations, while Kroger’s starts July 22.
‍

Just as their inbound flows are building up, US importers are facing tight capacity on the water, chiefly out of Asia as vessel capacity disciplines tighten amongst Carriers - in turn, a result of the widespread industry consolidation in recent years.

According to Cas Pouderoyen, head of ocean freight at Agility, around 80% of shippers feel they have to pay premiums of $400 to $500 per container on the deepsea trades or risk being rolled.

If carriers are actually giving priority and uplift guarantee as a premium is paid, that would push it beyond a GRI and into new territory altogether.

4 years early in fact... Following suit of recent similar retirements from Qantas and Lufthansa,  British Airways announced it is retiring its entire fleet of 747s after operating the aircraft type for close to five decades.

The retirement of the 31 Boeings will cut the carrier’s capacity by 11%. The Airports Council International in Europe, a trade body, recently said it expects passenger travel to recover to 2019 levels only in 2024, a year later than previously forecast.
‍

DHL Global Forwarding, an air and ocean subsidiary of Deutsche Post DHL Group, recently announced it has rolled out upgrades to its Less-than-Container Load (LCL) Expedited Service, in the United States only, which covers the Asia Pacific and European trade lanes.

DHL Global Forwarding rolled out its LCL Expedited Service in 2007, with the objective of connecting major Asia Pacific-based hubs to the U.S..

Now, through the integration of ocean freight and trucking services, DHL said that this effort cuts down transit times by 14 days, as opposed to standard LCL service from Shanghai to the U.S. East Coast. The new service upgrades boast a two-day Container Freight Station (CFS) dwell time in Shanghai and one-day LCL cargo turnaround from vessel arrival to CFS availability and departure in Los Angeles; as well as express delivery from Los Angeles and New York to any continental U.S. destination within 3-5 days; as well as connecting Yantian, South China, to Los Angeles, US, with port-to-port transit time of 12 days.

Port Tampa Bay is losing a direct Asia service operated by CMA CGM Group, with the container line saying its customers will still have access to the Florida port via its alliance partner Cosco Shipping. The move comes after CMA CGM announced July 6 that it would simplify its trans-Pacific trade network, refocusing sister carrier APL on government business only.  The service which began back in February of last year, will still be served by OCEAN Alliance member Cosco go forward beginning August 5. The other remaining direct weekly Asian service calling Tampa is operated by Zim Integrated Shipping Services, Mediterranean Shipping Co., and Maersk Line. Still plenty of ways to get from Shanghai to Tampa Bay in approximately 35-days!

Stay safe out there folks! Don’t forget to check out last week’s news and, as always, come back next week for the next Friday Five Logistics News Roundup!