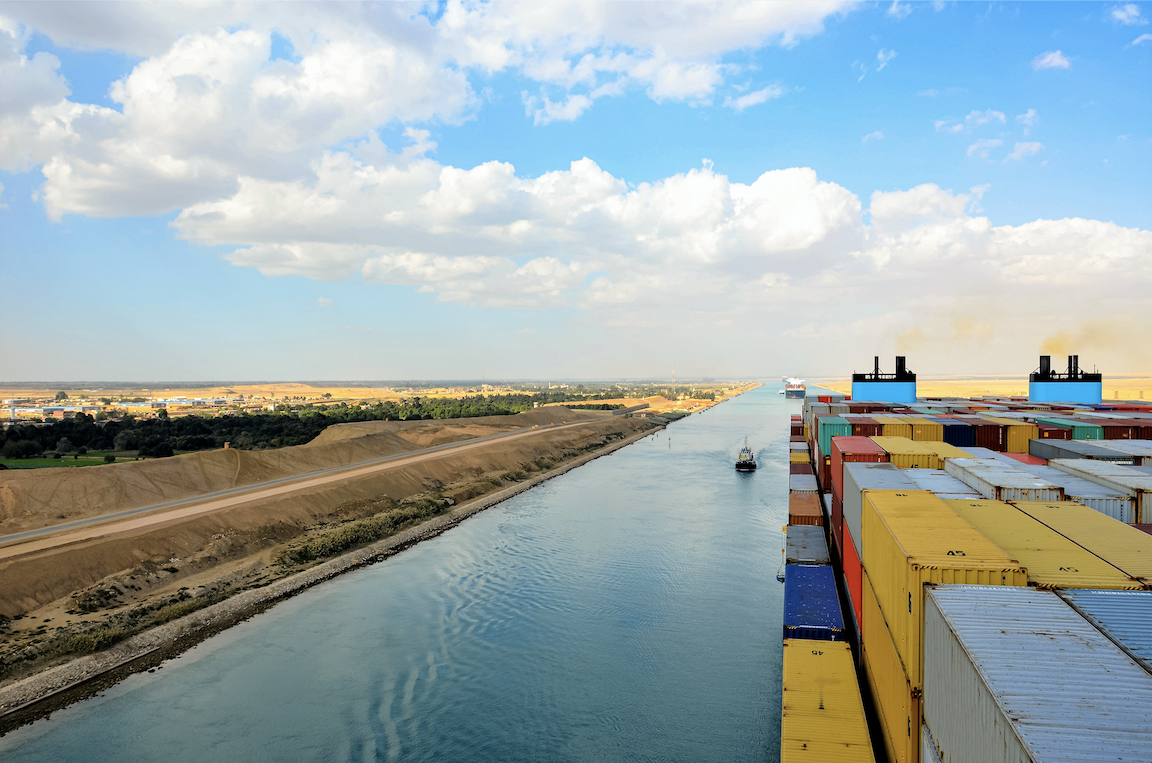 The Friday Five: Want your containers back? That’ll be $1 billion

They say free is never free. It usually relates to things like “free” software or apps (think Facebook or Google) where you pay with personal data and ads, or “free” retail gifts or vacations where you get roped into buying a full-priced item or—even worse—a timeshare.

As it relates to the Suez Canal, just because the Ever Given is now free to float doesn’t mean it’s free to go anywhere. There’s a cost to that too. NBC News reports that the Suez Canal Authority submitted a $916 million claim to the Japanese owners of the Ever Given for efforts to free the ship, lost revenue due to the blockage, and a whopping $300 million due to loss of reputation.

Over the six days Ever Given was grounded and blocking the critical waterway, official estimates blocked about $9 billion worth of global trade each day. Now officials say the ship won’t leave Egypt until the damage is settled. NBC reports the ship’s owner, Shoei Kisen Kaisha Ltd. is in the process of negotiating a settlement.

Meanwhile, the Journal of Commerce reports that major North European and Asian ports have not yet experienced any major delays as a result of the wave of ships that began arriving after the Ever Given was freed. Citing officials at both Rotterdam and Singapore, JOC reports that these ports are managing the backlog smoothly while closely monitoring the situation should any difficulties arise.

Shippers warned against ‘worse than average’ US hurricane season [The Loadstar]

Need a good conversation starter? Let’s talk about the weather.

Few industries are as exposed to the elements as global ocean shipping. After all, when you’re moving massive amounts of goods across oceans and waterways, there’s always a risk that heavy seas or a major storm could result in delays or, worse, lost containers. But as they say, smooth seas do not make good sailors, and experts are predicting this summer might challenge even the best logisticians as they cross the Atlantic and sail into East Coast and Caribbean ports.

“We anticipate an above-average probability for major hurricanes making landfall along the continental United States coastline and in the Caribbean,” academics at Colorado State University said, according to The Loadstar.

Batten down those hatches, hurricane season in the Atlantic and Caribbean typically begins on June 1.

Amid continued West Coast port congestion in the U.S., port truck drivers in California are taking a stand against what they see as violations of federal labor law.

American Journal of Transportation reports that essential port truck drivers, as well as drivers who were illegally fired after attempting to form a union, went on strike this week in protest of Universal Logistics Holdings and its affiliated companies. The strike comes after the National Labor Relations Board issued a complaint against those businesses after identifying more than 20 labor law violations.

The tensions go back as far as 2019, when ULH and Universal Intermodal Services fired drivers and employees in retaliation for efforts to organize a union. Further, company drivers say the employers have misclassified them as independent contractors, essentially denying rights like insurance, sick leave, unemployment benefits and worker’s comp.

Speaking to port authorities, The Loadstar reports that so far there has been “minimal to moderate disruption” as a result of the strike.

It feels like the supply chain world has been talking about digital transformation for decades, and yet there are very few examples of LSPs, carriers and shippers that have fully realized the potential of new digital technologies. Is it time to reset expectations?

Chris Kirchner, CEO, Chairman and Co-Founder of Slync.io recently joined Adam Robinson of FreightWaves’ stackd podcast to address the topic and make the case why it takes a new kind of technology to bridge the gaps that exist between systems, enterprises and people to enable meaningful, human-centric change that maximizes the potential of processes and technologies to deliver better outcomes.

Check out our recap of the conversation to gain some new ideas on how to approach digital transformation, why technology needs to fit human processes, and strategies to identify a practical approach to new technology without having to fully replace all of your systems.

Bloomberg reports that the sustained high cost of container shipping means that importers are struggling to negotiate the next year’s contract with carriers, resulting in new deals that peg prices between 25% and 50% higher than they were just one year ago. And while recovery efforts continue, there are still significant delays and material shortages caused by upstream challenges at suppliers and downstream congestion at ports.

What that means for everyone who is not a carrier is that things will continue to be either hard to find or more expensive than they were before, as freight costs ultimately get passed down to consumers.