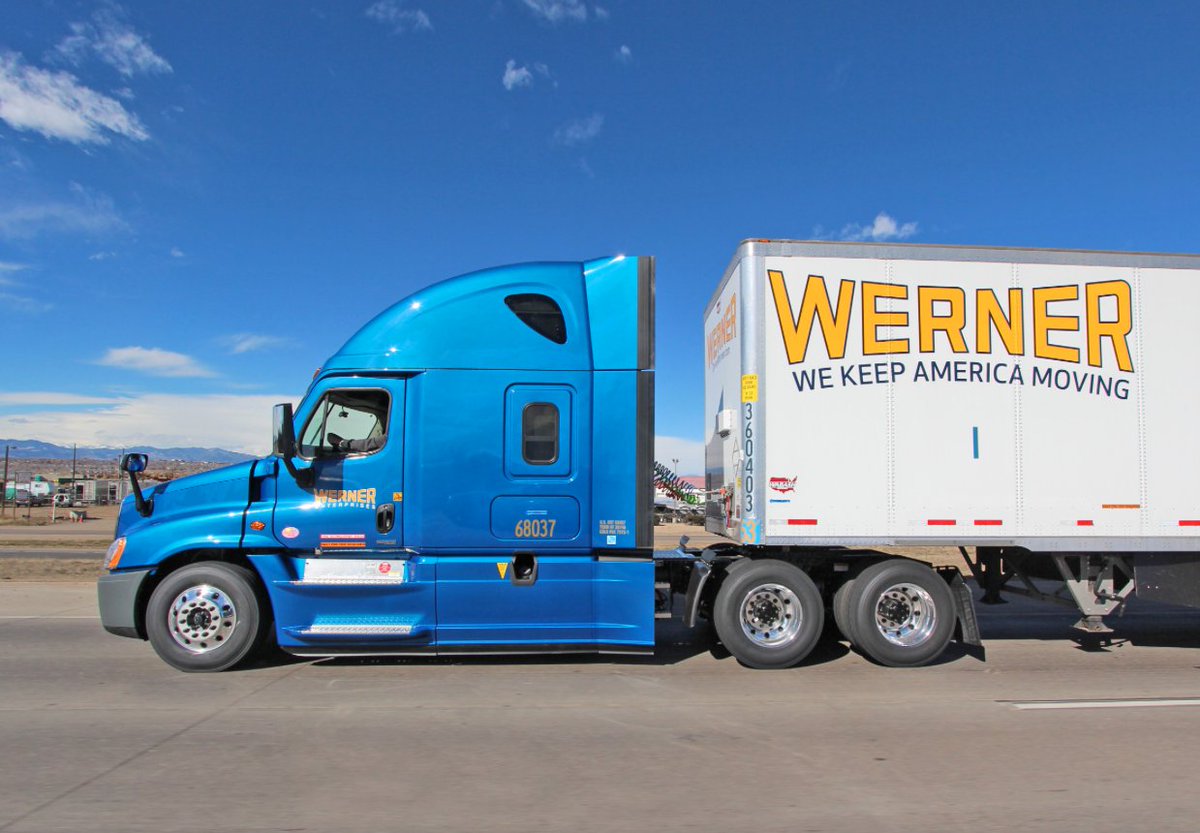 Truckload carrier Werner Enterprises is rolling out a new technology platform, called “Werner Edge,” that will make the carrier even more driver-centric, and offer improvements in shipment visibility to shipper customers as well. Werner is turning to technology to streamline and automate daily work for its 9,000 drivers and use data to improve cargo visibility for shippers.

For shippers, Werner Edge will provide greater information on the location and estimated time of arrival of shipments, and also allow shippers to provide drivers, through Werner, with information that can help make pickups and deliveries easier.

For drivers, data in Werner Edge will flow throughout processes from initial entry to the completion of a transaction, automating more processes so drivers can be freed to focus on more critical tasks.

Werner’s communications with its truck drivers were already robust. For years, drivers have had a direct line of communications to CEO and president Derek Leathers. The company was the first truckload carrier to begin using electronic logs in 1998 and has telematics installed in the cab of each of its trucks. But current systems are aging, vertical in their design, and a newer architecture is needed.

The supply chain disruptions caused by COVID-19 is accelerating the adoption of technologies across transportation modes and driving the need for collaborative logistics operating platforms, like ours at Slync.io.
‍

Coronavirus disruptions caused manufacturing output to decline 6.3% in March, the biggest decrease since February 1946, the Federal Reserve reported. Factory production for the first quarter was down 7.1% year-over-year, and February's data was revised downward to a decline of 0.1%.

Production at factories dropped at a 7.1% annualized rate in the first quarter, the sharpest since the first quarter of 2009, after decreasing at a 0.5% pace in the October-December period. Manufacturing, which accounts for 11% of the U.S. economy, was already struggling from the fallout of the Trump administration’s trade war with China well before the coronavirus hit U.S. shores.
‍

Freight shipments fell nearly 23% year over year (YoY) in April to near "recessionary levels" according to the Cass Freight Index, which says "this will mark the bottom" now that auto manufacturers have resumed operations. Freight expenditures also dropped 18% compared with April 2019, indicating that businesses that stayed operational paid higher costs per shipment, the index says.

The shippers left on the market are benefiting from lower rates, but carriers cutting capacity will be one indicator the market pricing could swing back in favor of the carrier.

Carriers have spoken about capacity downsizing in recent weeks, acknowledging it is already taking place.
‍

In cost-cutting efforts, Maersk expects to cancel 140 sailings in the second quarter after issuing 90 blank sailings (a 3.5% drop in capacity) earlier this year, the carrier said in its first-quarter report released Wednesday. The idle fleet grew to its highest record in 10 years, to 9.4% (2.2 million TEUs) in the first quarter.

Maersk expects demand to fall 20% to 25% in Q2 across all its businesses. Before COVID-19 pandemic hit, Maersk had been forecasting a 1% to 3% increase in demand for ocean freight in 2020.

Overall, according to Maersk, rates in the first quarter were up 7.9% year over year, which cited the China Composite Freight Index. "The IMO restrictions on sulphur emissions imposed in January 2020, led to vessels being taken out of service for scrubber retrofitting, as well as a large amount of blanked sailings were likely the main drivers behind the increase," the carrier said in its report.
‍

The Federal Motor Carrier Safety Administration (FMCSA) announced on Thursday it had finalized changes to HOS (Hours of Service) rules. The new rule addresses the sleeper-berth exception, the exception for adverse driving conditions, the short-haul exception and break periods.

The original regulations gave truck drivers a 14-hour window in which they could drive up to 11 hours. That often created bottlenecks, if drivers were held up waiting for a container at a port or if they pulled off the road to avoid rush hour.

According to the FMCSA, the final rule institutes four changes:

Modernizing these HOS rules is expected to save the U.S. economy and consumers nearly $274 million annually according to the agency.

The rule changes will become effective 120 days after they publish in the Federal Register.

Thanks for reading! Stay safe. And don’t forget to check out last week’s news. Come back next week for our next Friday Five roundup!